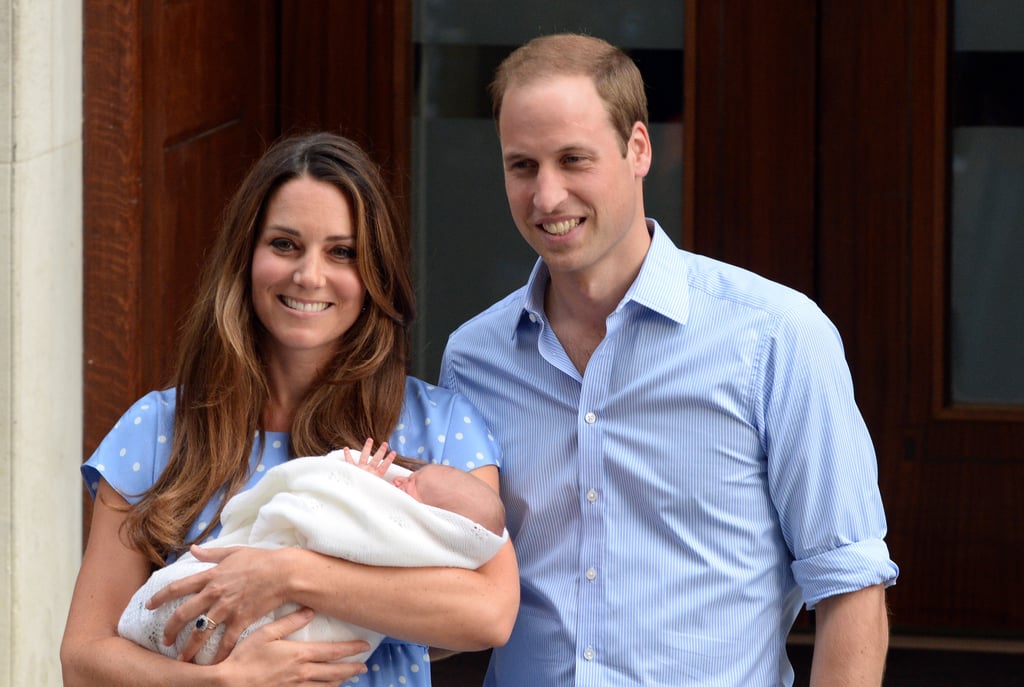 How Meghan and Harry's Baby Timeline Compares to Will and Kate's

The Duke and Duchess of Sussex announced today that they're expecting their first baby in 2019, just months after their May nuptials. Prince William and Kate Middleton have already shared that they are "delighted" by the news — but they also might not be all that surprised. Remember that Will and Kate started their own family shortly after their wedding, too! So, how does Meghan and Harry's timing really compare to their closest in-laws?

Kate and William were married on April 29, 2011, and seven months later, in early December, revealed that Kate was pregnant for the first time. They announced the news when Kate was about seven weeks pregnant (earlier than the twelve weeks that couples often wait) due to Kate's struggle with hyperemesis gravidarum, which put her in the hospital for a short stay. Prince George was born on July 22, 2013.

In comparison, Meghan and Harry were married on May 19, 2018, and waited about five months to share their pregnancy news. The announcement revealed that Meghan is due in the Spring of 2019, which could put her farther along than Kate was at the time she shared her first baby news. Neither high-ranking royal couple waited more than a year to start producing heirs to the throne and both were open about wanting families. Harry and Meghan even said that children were in their "near future" less than a year ago in November 2017!

Related:
All the Tweets That Prove the Internet Is 100% Ready For Another Royal Baby

If Harry and Meghan continue to loosely follow Kate and Will's baby timeline, there won't be much time before they'll be sharing even more baby news. Kate and Will's second baby announcement came in September 2014, a little more than a year after Prince George was born and about three and a half years after their wedding. Princess Charlotte arrived on May 2, 2015, and just one year and four months later, Kate and William revealed they were expecting their third child. Prince Louis was born on April 23, 2018. That's three babies before their seventh wedding anniversary!

Before we get too ahead of ourselves, let's enjoy the exciting news of Harry and Meghan's first little one — who will join the line of succession for the throne at seventh behind Prince Charles, Prince William, George, Charlotte, and Louis (who are likely thrilled to be getting a new cousin!).

The Royals
Prince Harry and Meghan Markle Are Ending Their Instagram Account: "You've Been Great"
by Monica Sisavat 1 day ago