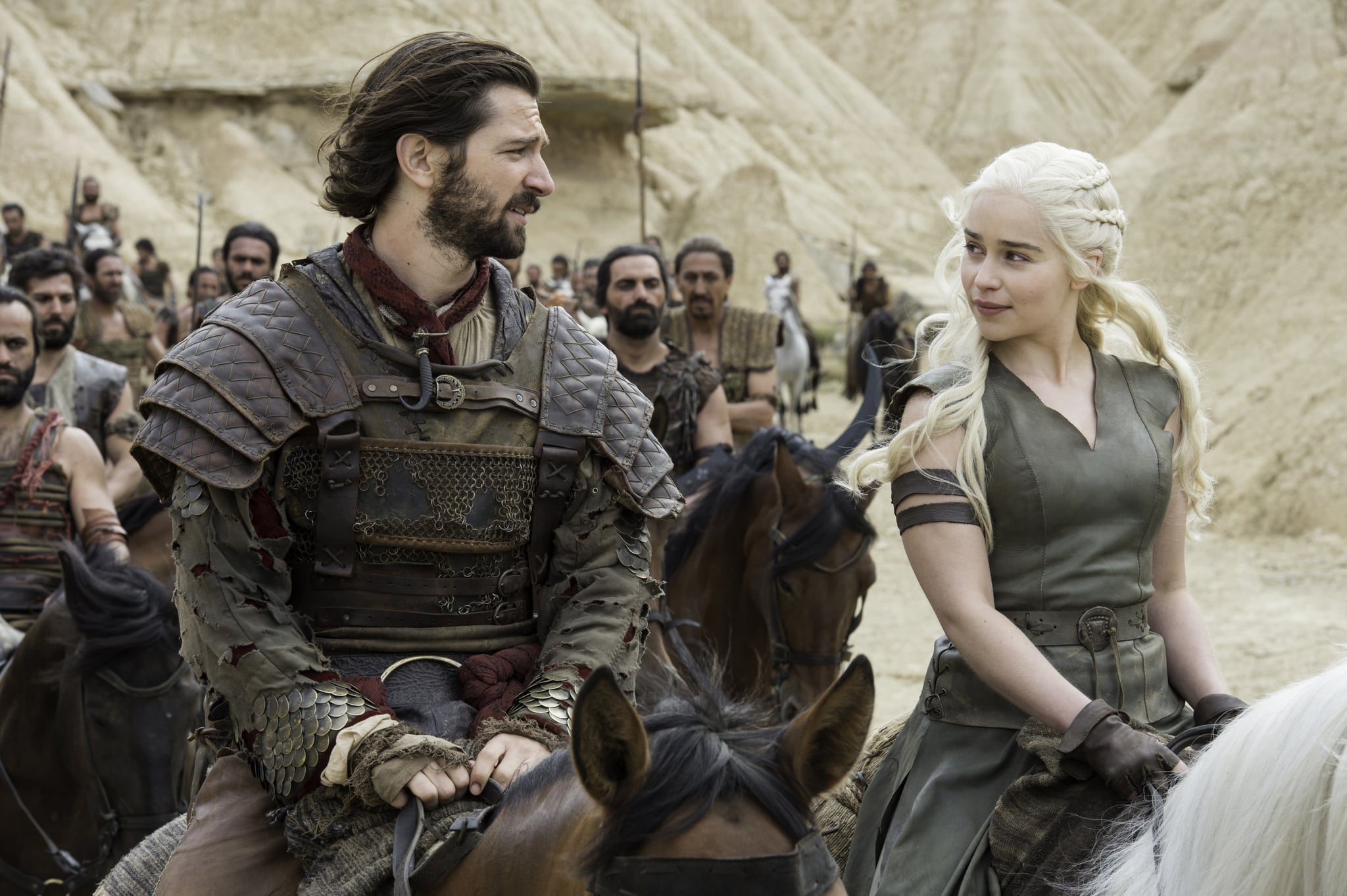 During Daenerys Targaryen's reunion with Jorah Mormont on Game of Thrones this week, it was hard to miss Dany's moony eyes and longing looks — which she seemed to be serving to both Ser Jorah and Jon Snow. Seeing her love interests side by side gives off some serious Bachelorette vibes, which had me wondering about (and, let's be honest, missing) Dany's most recent bedfellow, Daario Naharis.

The last time we saw Daario was in the season six finale when he helps Dany and the Dothraki overthrow the Sons of the Harpy in Meereen. Following the battle, Dany tells Daario that she's heading to Westeros, and though he wants to join her, she refuses him at Tyrion's urging. Though Daario professes his love for Daenerys, he ultimately agrees to stay behind with the Second Sons to keep the peace in Meereen. The parting certainly feels final, and Daario hasn't shown up (or even been mentioned, really) in season seven, but is he gone for good?

Of course, HBO would never willingly let any spoilers slip about returning characters, but Michiel Huisman (who plays Daario on the show) is aware of his character's fate. When asked if he knows whether Daario will show up again or not, he said, "Yes I do, and I'm not supposed to spoil that." Not much of an answer, but at least we know there's a chance. Until then, we'll just be over here reliving one of our favorite romances in Game of Thrones history.