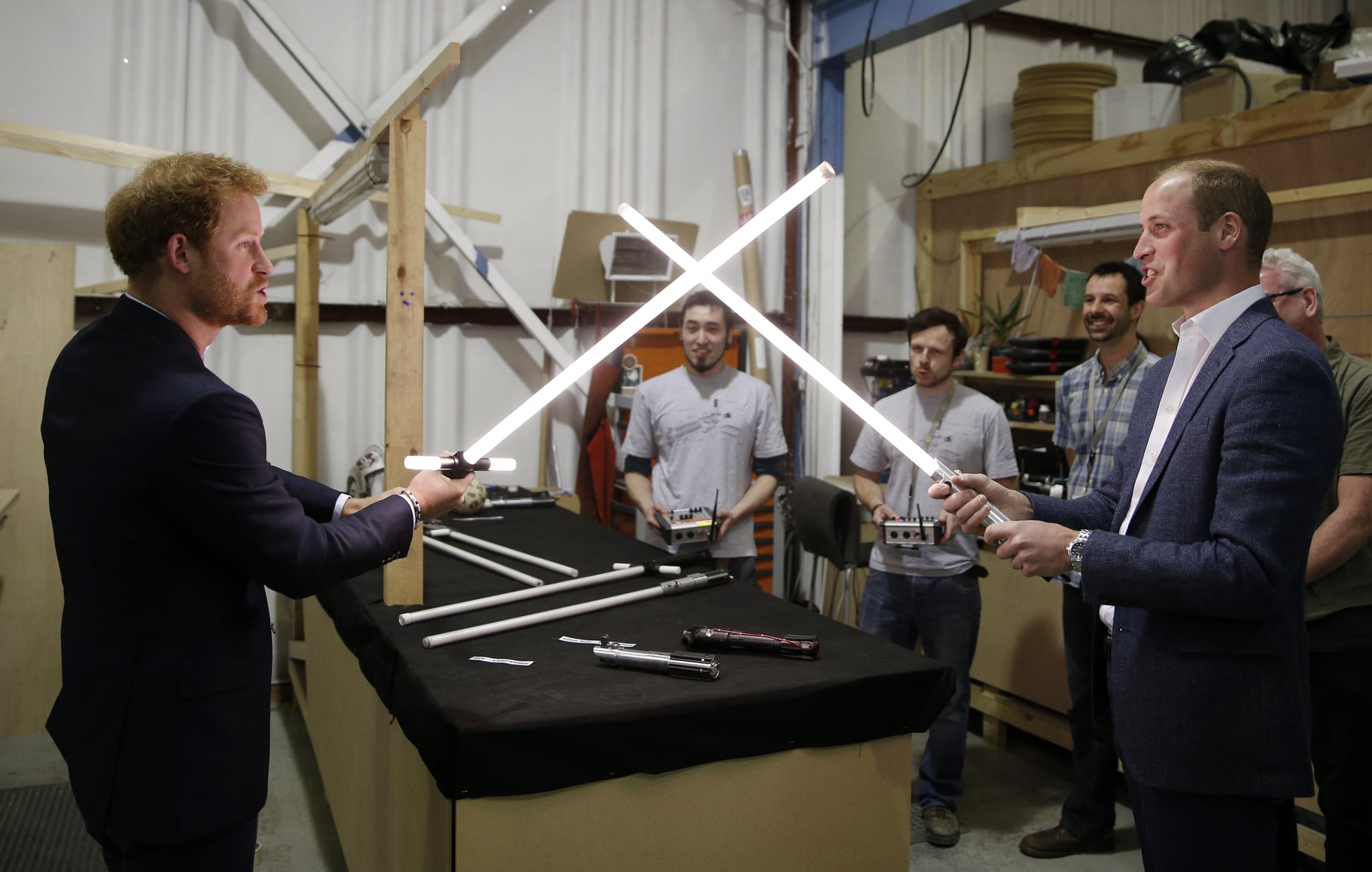 Prince William and Prince Harry are officially joining the First Order. After visiting the set of Star Wars: The Last Jedi last April, the film's star John Boyega (who plays Finn) confirmed that the royal brothers will make a special cameo as stormtroopers in the upcoming film. And that's not even the best part! Not only do they share a scene with Boyega, but Tom Hardy and Gary Barlow will also appear alongside them as stormtroopers.

This certainly isn't the first time the franchise has had fun with cameos. Aside from putting Carrie Fisher and her real-life daughter, Billie Lourd, together on screen, Star Wars: The Force Awakens cleverly added a long list of celebrities to the mix. And we're sure there will be plenty more in The Last Jedi. Needless to say, we can't wait to see it all unfolds on Dec. 15.

Celebrity Twitter
Celebs React to the Death of David Prowse: "[He Was] Much More Than Darth Vader"
by Grayson Gilcrease 14 hours ago

Movies
You're Not Alone: Aubrey Plaza Wants People to Root For Riley and Abby in Happiest Season
by Karenna Meredith 14 hours ago