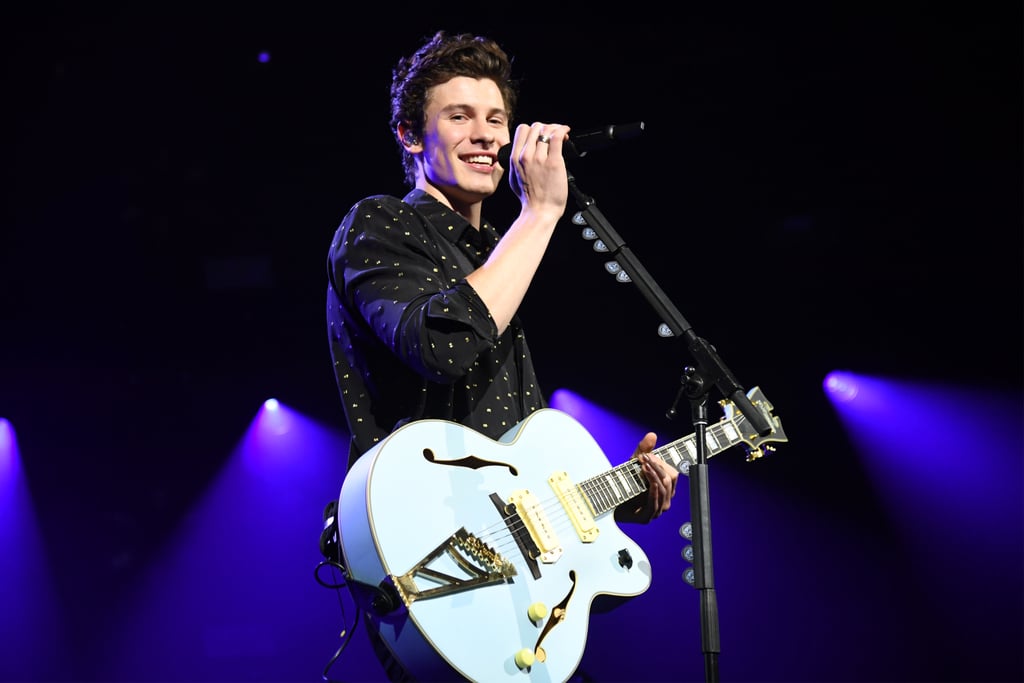 Over the past few years, Shawn Mendes has gone from popular Vine star to bonafide, mainstream music star. The 20-year-old Canadian singer has taken the music world by storm, with record-setting runs on the charts and even a pair of Grammy nominations. And on top of that, with a charming persona and Hollywood-ready good looks (and a now-famous Calvin Klein campaign), he's become pop music's latest heartthrob. But has anyone stolen his heart? Shawn is famously quiet about his dating history, preferring to keep his romantic life private, but he's also been surprisingly open about the fact that he's not exactly the heartbreaker that some might expect a young pop star to be. Ahead, check out the women he's been linked to — and find out his current stance on hope for love.