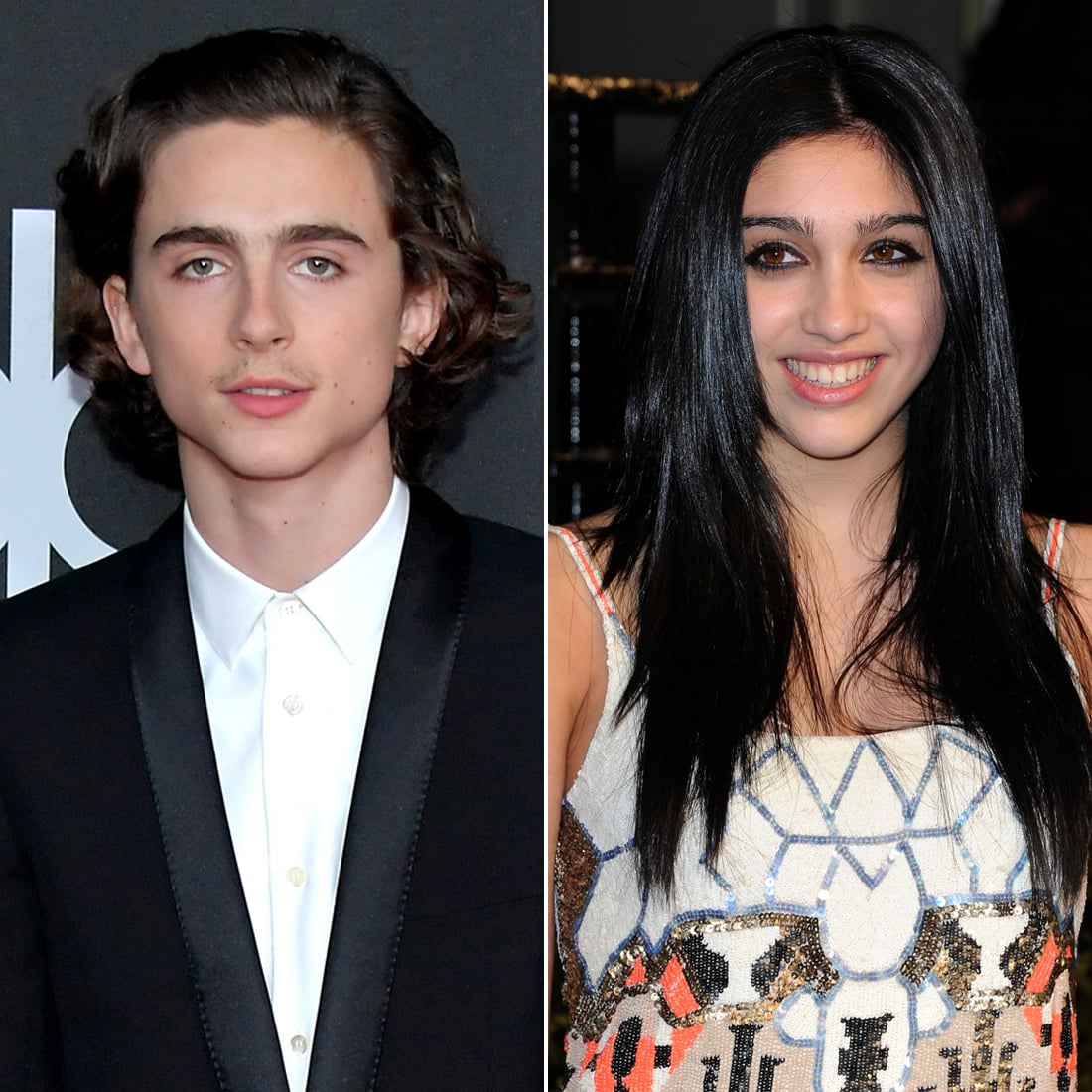 Timothée Chalamet is making waves in Hollywood thanks to his breakout role in Call Me by Your Name. Even though he was recently spotted kissing Selena Gomez in NYC, the makeout session was all part of the upcoming project he and Selena are working on with Woody Allen. In fact, Timothée has only been romantically linked to one star since he first started acting in 2008 (at least that we know of, anyway). That one star just so happens to be Madonna's 21-year-old daughter, Lourdes Leon.

Timothée and Lourdes first met as students at La Guardia High School of Music & Art and struck up a romance in 2013. While Timothée has been tight-lipped about the details surrounding their split, it seems the two are still on good terms. When asked if Lourdes had seen his movie yet, Timothée recently told Andy Cohen, "She hasn't seen it yet, but she's excited to. She keeps teasing me about it. The movie itself she's very excited about, and the reception it's been getting is only a great thing, it's like the public appearance stuff around it, some of the late-night things I've done. I'll get made fun of."

In addition to Call Me by Your Name, Timothée is set to appear in the upcoming movie Beautiful Boy with Steve Carell.