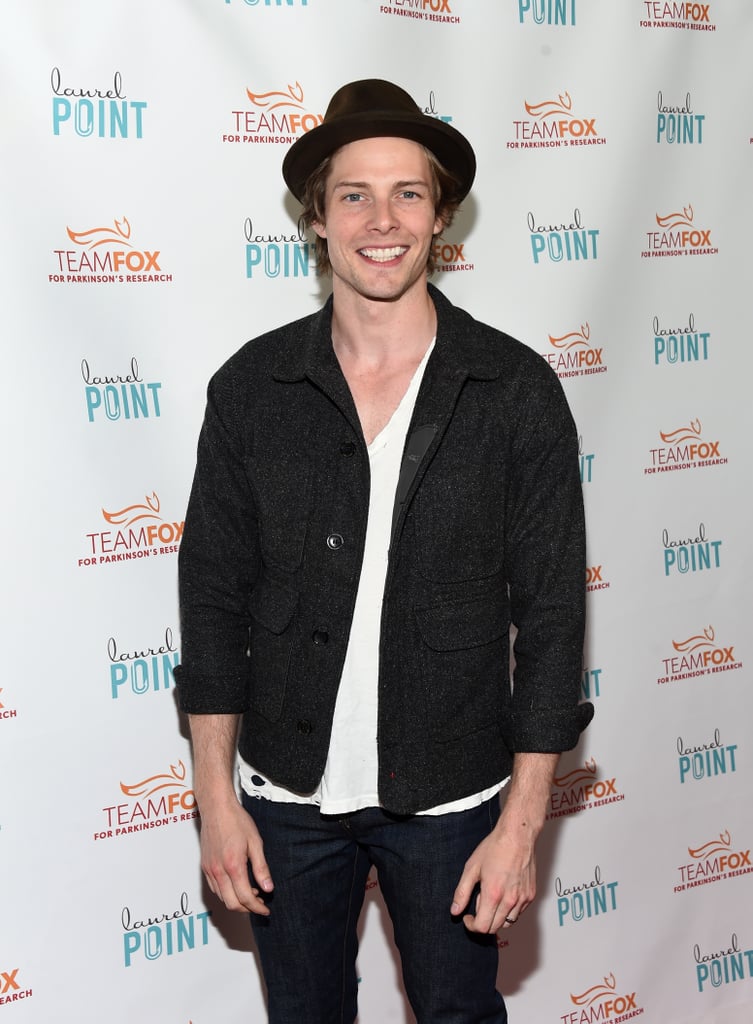 This Is Us fans can agree that we're doing just fine when it comes to good looking men on the show. Between adult Kevin, grown Randall, and yes, both young and old Jack, we are set — but when a mysteriously attractive blond man swooped in and surprised Rebecca during the season three premiere, we had no idea that it was the strikingly attractive Hunter Parrish hiding behind that retro mustache. While producers did an excellent job of concealing the actor during the final seconds of the episode, a quick glance at the credits acknowledged Hunter as "Alan," who fans are assuming is a former beau of Rebecca's.

Personally, I've been swooning over Hunter since he stole my (and every girl in Agrestic's) heart as Mary-Louise Parker's rebellious son on Weeds, but without further adieu, let us introduce you to Hunter Parrish: the strikingly attractive actor who we're *hopefully* going to be seeing a lot more of on This Is Us (sorry, Jack)!

Read on to see photos of Hunter and even some with his stunning wife, Kathryn.