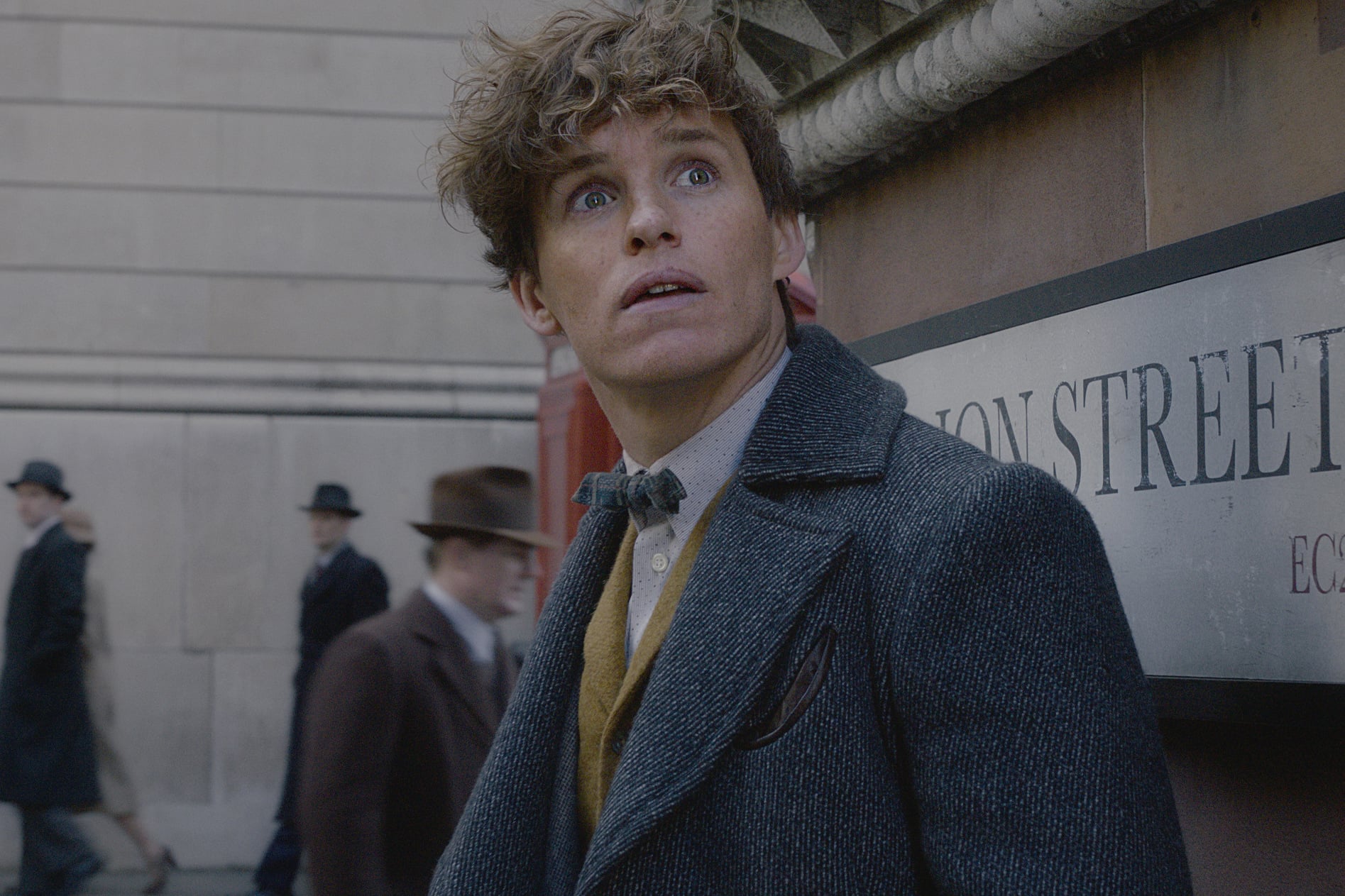 We can already tell that Fantastic Beasts: The Crimes of Grindelwald will be filled with magical revelations when it hits cinemas on November 15. Not only are we meeting a younger Dumbledore (played by Jude Law), but we'll also get a glimpse of Newt Scamander's time at Hogwarts. While Eddie Redmayne won us over with his role as the Hufflepuff wizard in Fantastic Beasts and Where to Find Them, a brand new actor will be stepping into the role during flashbacks in the sequel.

On Thursday, Entertainment Weekly revealed that up and coming actor Joshua Shea will be taking on the role when they provided the first look of young Newt in the film. While he certainly bares a striking resemblance to Redmayne, little is known about the British star. According to an interview with Song Academy in April, he is 15 and hails from Jersey, which is near the coast of Normandy, France. This is actually his first feature film! He previously had a guest-starring role on E!'s The Royals as a young student named Simon (below).

We certainly can't wait to see what he'll bring to the character and learn even more about Newt's past. Check out the latest trailer for Fantastic Beasts: The Crimes of Grindelwald now!

Toddlers
Teach Your Kids Words and Numbers With These Sweet E.T. and Ghostbusters Books
by Alessia Santoro 1 day ago

Movies
Twitter Would Like to Talk About the Best Part of the Morbius Trailer: Michael Friggin' Keaton
by Amanda Prahl 3 days ago

Pop Quiz
From Carrie Bradshaw to Elle Woods, Match the Stylish Character to the Movie
by Lauren Harano 8 hours ago