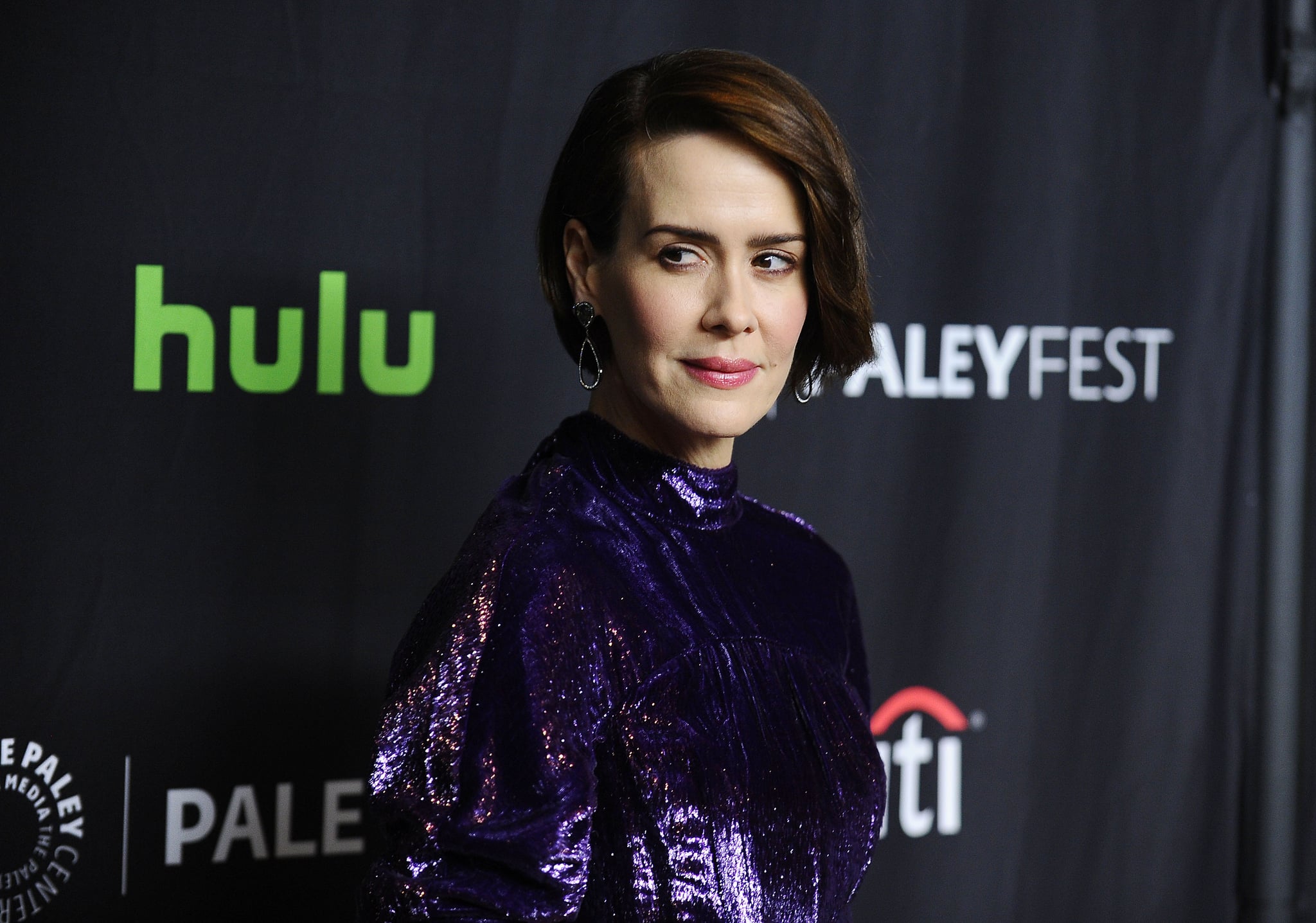 Now that we know the seventh season of American Horror Story will tackle the 2016 election, it's time to start brainstorming. Who will play who? It's pretty murky as to whether or not Donald Trump and Hillary Clinton will literally appear as characters (Ryan Murphy has gone back and forth in his recent comments about the season). At Sunday night's AHS Paleyfest panel in LA, though, Sarah Paulson herself weighed in on the the casting. Seeing as Paulson has appeared in every season of AHS and she's locked into the seventh season's cast, it's not a question of if she'll appear on the season, but rather how.

During the red carpet for the panel, Paulson had an interesting personal pick for her character in the new season. When asked by The Hollywood Reporter who might play Donald Trump in the season (assuming we'll actually see a Donald Trump character), the actress actually chose herself. "I'd like to play Donald Trump," she said. "If Donald Trump is going to be in a character in it . . . why not? That's an acting challenge to be sure." When you consider that with all the other crazy details we've gotten, it seems like we're gearing up for a rather explosive season.