On this week's episode of Game of Thrones, Arya seems to be abandoning her training with the Faceless Men to go back to her original vengeance plan of murdering everyone on her infamous Kill List. She's spurred on by the sudden appearance of Ser Meryn Trant in Braavos, a knight of the Kingsguard who's done her wrong enough to have a prime spot on her list. But it's been a while since Ser Meryn did what he did, and if you were having a hard time remembering what exactly it was, we have a refresher. 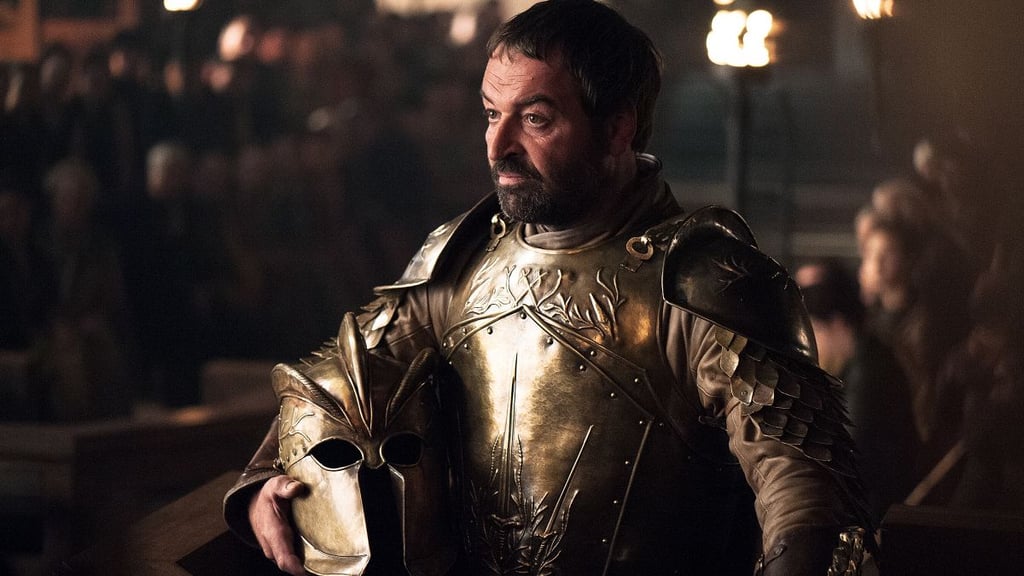 It's Implied That He Kills Syrio

Ser Meryn's biggest offence in the eyes of Arya happens in season one. Just after Ned Stark is accused of treason, Arya and Sansa are still in King's Landing and suddenly in danger. While Sansa (wrongly) chooses to try to work with the Lannisters, Arya flees, just after this scene, in which her beloved sword-fighting instructor Syrio Forel, faces down Ser Meryn. Syrio makes a mockery of several guards with a wooden sword, but then is approached by Ser Meryn, who cuts down the wooden sword and approaches Syrio with the intention of killing him, as Syrio instructs a heartbroken Arya to run. It's easy to see why he's one of the first names on Arya's kill list.

He's the One Who Beats Sansa

Obviously Arya wouldn't have known this, but here's another reason Ser Meryn is the worst: when Sansa stays in King's Landing and Joffrey turns on her after Ned's death, he acknowledges that he should not strike a lady, so he asks Ser Meryn to do it for him. Ser Meryn has absolutely no problem with hurting a little girl.