Charlie Hunnam has broken his silence about his departure from the Fifty Shades of Grey film. At a charity event in Burbank, California, this week, Hunnam spoke to E! News about his decision to leave the role of Christian Grey behind: "I have had some family stuff going on so just trying to stay focused and stay positive and keep trying to do a good job at work and be with my family and stay positive . . . I am doing good. I am just really concentrating on work. It's been a really busy time." Understandable, since the actor's father passed away in May. 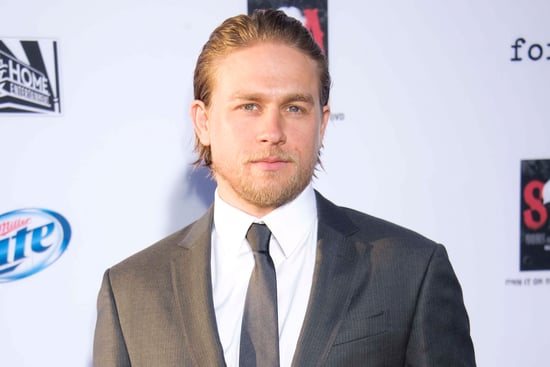 Officially, Hunnam exited the role because his busy Sons of Anarchy schedule wouldn't allow the time to prepare for the movie, which was supposed to start shooting on Nov. 1. More details and theories have emerged since the news hit on Oct. 12, and The Hollywood Reporter also provided some enlightening answers.

We're bummed that Charlie is out, but now we're thinking about which actor will fill Christian Grey's shoes!