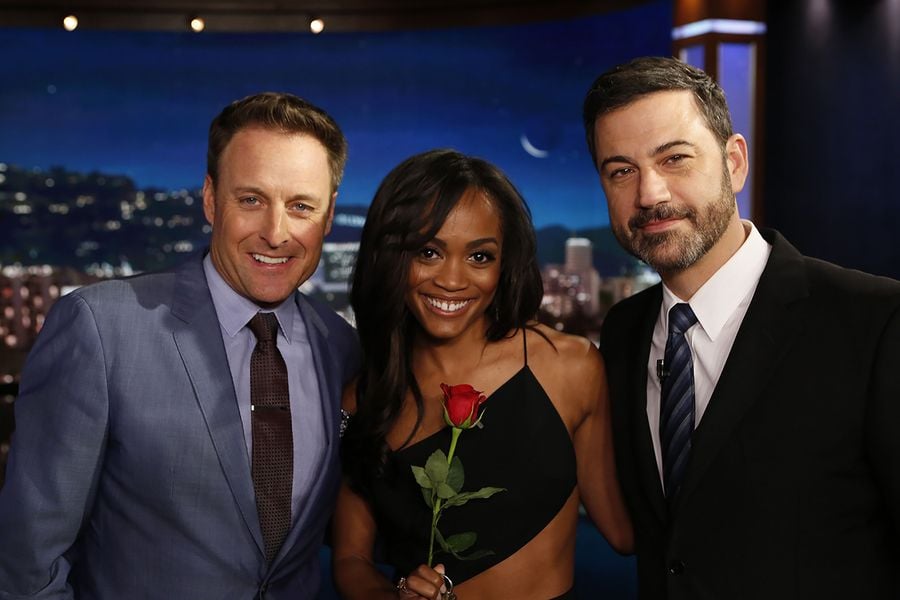 There we were, just minding our own business, looking forward to Tuesday's episode of The Bachelor, when news hit that ABC would be revealing the next star of The Bachelorette on Jimmy Kimmel Live! after the show — oh, and it's someone who's still competing on Nick Viall's season. Indeed, Chris Harrison and Jimmy Kimmel announced Rachel Lindsay as the heir to the Bachelorette throne on Tuesday, to the excitement and confusion of, well, everyone.

To state the obvious, Rachel is black, and there has never been a black lead on either The Bachelor or The Bachelorette, a fact for which the network has been criticised in recent years. So on the one hand, awesome! Casting Rachel represents a milestone for the reality TV staple, and one that should have come much sooner. On the other hand, why the hell would ABC announce the news when Rachel is still a contestant on the show? I've given this a lot of thought (because my own life is dull) and here's what I've come up with.