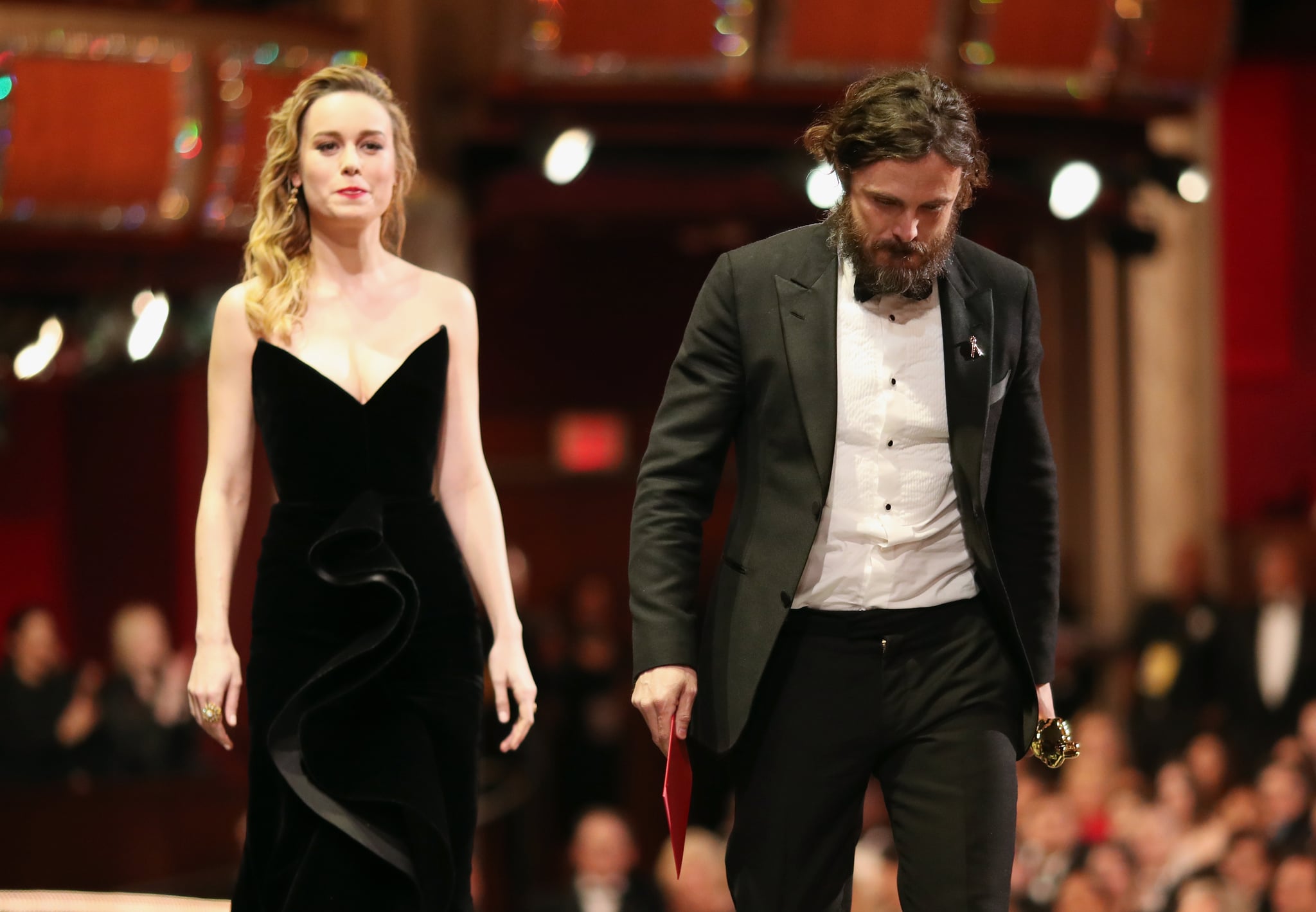 When Oscars presenter Brie Larson opened the envelope for best actor and revealed that controversial nominee Casey Affleck had won for his work in Manchester by the Sea, she didn't look pleased. Serious allegations of sexual harassment made against the 41-year-old actor by two women in 2010 came back to haunt him in the midst of his Oscars campaign, and the 2016 best actress winner appeared to side with the small part of Hollywood who didn't support the Academy's choice to nominate him. Although a few other celebrities in the audience also reacted with disinterest to the actor's win, Brie's choice to not clap for Casey while most of the room gave him a standing ovation spoke volumes.

While on the red carpet at Kong: Skull Island's Hollywood premiere on Wednesday, she confirmed to Vanity Fair that her actions were intentional. "I think that whatever it was that I did on stage kind of spoke for itself," she explained. "I've said all that I need to say about that topic." It's not exactly the scathing criticism that Fresh Off the Boat actress Constance Wu tweeted about Casey, but given Brie's history as an advocate for sexual assault survivors, her opinion seems pretty clear.