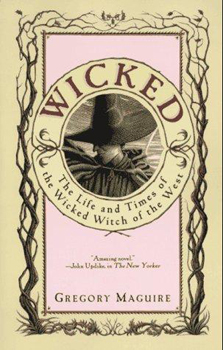 Wicked is going to try defying gravity on TV: it will be made into a miniseries courtesy of Salma Hayek's production company. The series will be an eight-hour TV event and will air on ABC in the US.

Although the musical is wildly popular (and is already getting its own movie version), this project will be based on Gregory Maguire's original book and not the Broadway play. It's good news for those who wanted to see an adaptation straight from the novel.

What do you think of the decision to base the miniseries on the book and put it on the small screen? Do you have any casting ideas?

TV
There's a Love Is Blind Holiday Package at the Resort Where the Show Was Filmed, and OMG
by Emily Forney 12 hours ago

TV
Love Is Blind: Did Barnett and Amber Manage to Make Things Work Off Screen?
by Amanda Prahl 15 hours ago

TV
Fans Asked and Netflix Delivered! Here's What We Know About the Love Is Blind Reunion
by Amanda Prahl 1 day ago

TV
So You Want to Be on Love Is Blind, Eh? Here's How the Casting Process Works
by Corinne Sullivan 1 day ago

TV
Ozark: The Exact Date and Time You'll Be Able to Binge Season 3
by Amanda Prahl 1 day ago
Latest Celebrity
×