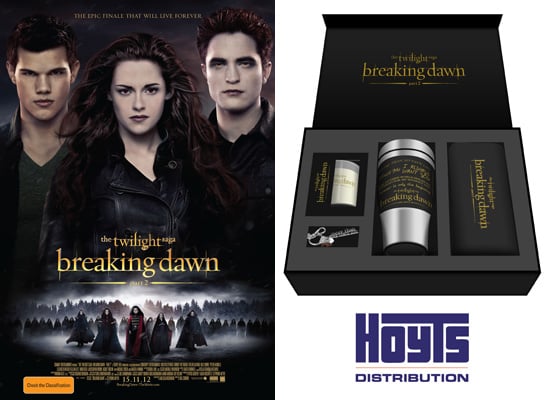 The final Twilight instalment is almost upon us with the super-close release of The Twilight Saga: Breaking Dawn – Part 2, only at the movies November 15. In the epic finale based on the novel Breaking Dawn by Stephenie Meyer, Bella (Kristen Stewart) and Edward Cullen (Robert Pattinson) are faced with their toughest battle as they fight to protect their daughter, Renesmee, from the powerful Volturi, in a showdown that wraps up the spellbinding romantic epic that has entranced millions.

Thanks to our friends at Hoyts Distribution, we have five The Twilight Saga: Breaking Dawn – Part 2 prize packs to give away — each includes a T-shirt, key ring, candle, drink bottle, poster and a double pass to see the movie. To be in the running, all you have to do us Like us on Facebook and email mail@popsugar.com.au telling us what you’re going to miss most about the Twilight series, and why.

This giveaway has ended.

Movies
If You've Only Seen the Twilight Movies, You Have the Wrong Impression of Bella Swan
by Grace Orriss 27/8