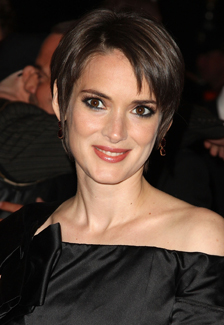 Winona Ryder has a cheatin' heart: she has been cast in Ron Howard's untitled infidelity comedy opposite Kevin James and Vince Vaughn. Vaughn's involvement in the movie was the first to make headlines; he's playing the friend of a guy (James) whose wife is cheating on him. This means that Ryder will play the wife with the wandering eye, which frankly makes me excited for her. After her brief turn as Spock's mom in Star Trek last year, the actress seems like she's getting herself back into big projects and back into the spotlight. For a Reality Bites fan like me who will always love her, I'm happy to see her get a role like this. Any other fans of the '90s sweetheart who are psyched for her too?