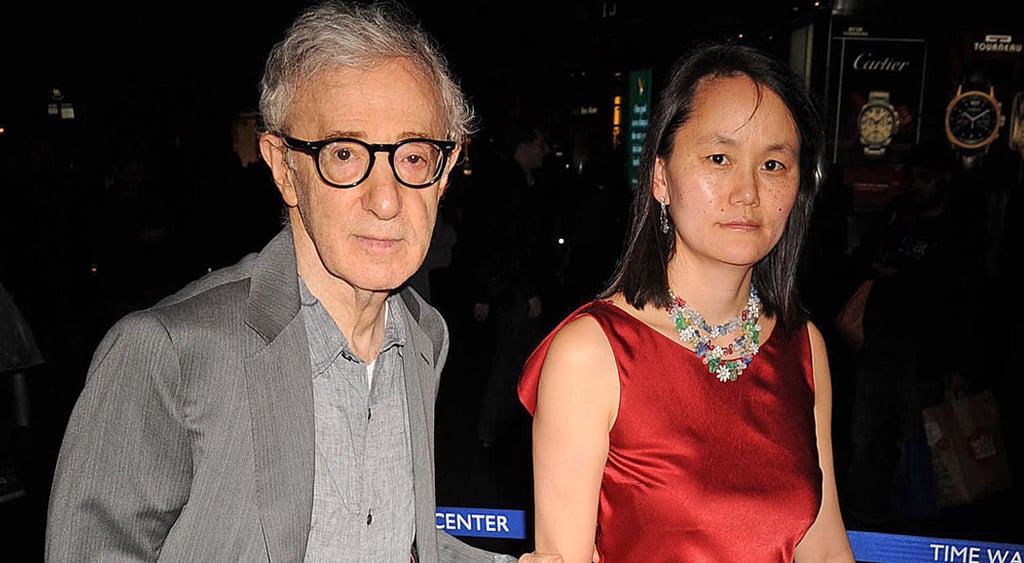 Woody Allen has personally responded to abuse allegations made by his adopted daughter Dylan Farrow. Last week, 28-year-old Dylan wrote a heart-wrenching open letter in the New York Times detailing sexual abuse she allegedly suffered when she was seven at the hands of the acclaimed director. Now almost a week later, Woody Allen has written his own response in the same paper. In it, he frames the charges as punishment by his former partner Mia Farrow, which came after he left Mia for her adopted daughter, Soon-Yi Previn. Woody writes:

TWENTY-ONE years ago, when I first heard Mia Farrow had accused me of child molestation, I found the idea so ludicrous I didn’t give it a second thought. We were involved in a terribly acrimonious breakup, with great enmity between us and a custody battle slowly gathering energy. The self-serving transparency of her malevolence seemed so obvious I didn’t even hire a lawyer to defend myself. It was my show business attorney who told me she was bringing the accusation to the police and I would need a criminal lawyer.

He goes on to detail the "sheer illogic" of the allegations;

After all, I was a 56-year-old man who had never before (or after) been accused of child molestation. I had been going out with Mia for 12 years and never in that time did she ever suggest to me anything resembling misconduct. Now, suddenly, when I had driven up to her house in Connecticut one afternoon to visit the kids for a few hours, when I would be on my raging adversary’s home turf, with half a dozen people present, when I was in the blissful early stages of a happy new relationship with the woman I’d go on to marry — that I would pick this moment in time to embark on a career as a child molester should seem to the most skeptical mind highly unlikely.

In the piece, he also notes that after the allegations surfaced, he willingly took and passed a lie detector test, while Mia refused to. He also cites a finding of Connecticut law enforcement, which stated: "It is our expert opinion that Dylan was not sexually abused by Mr. Allen." And he points out that they considered the possibility that Dylan was influenced or coached by Mia Farrow. Woody continues:

The district attorney was champing at the bit to prosecute a celebrity case, and Justice Elliott Wilk, the custody judge, wrote a very irresponsible opinion saying when it came to the molestation, “we will probably never know what occurred.” But we did know because it had been determined and there was no equivocation about the fact that no abuse had taken place. Justice Wilk was quite rough on me and never approved of my relationship with Soon-Yi, Mia’s adopted daughter, who was then in her early 20s. He thought of me as an older man exploiting a much younger woman, which outraged Mia as improper despite the fact she had dated a much older Frank Sinatra when she was 19. In fairness to Justice Wilk, the public felt the same dismay over Soon-Yi and myself, but despite what it looked like our feelings were authentic and we’ve been happily married for 16 years with two great kids, both adopted. (Incidentally, coming on the heels of the media circus and false accusations, Soon-Yi and I were extra carefully scrutinized by both the adoption agency and adoption courts, and everyone blessed our adoptions.)

In the lengthy article, Woody lays his feelings to bare and consistently questions Mia Farrow's motives:

I was heartbroken. Moses was angry with me. Ronan I didn’t know well because Mia would never let me get close to him from the moment he was born and Dylan, whom I adored and was very close to and about whom Mia called my sister in a rage and said, “He took my daughter, now I’ll take his.” I never saw her again nor was I able to speak with her no matter how hard I tried. I still loved her deeply, and felt guilty that by falling in love with Soon-Yi I had put her in the position of being used as a pawn for revenge. Soon-Yi and I made countless attempts to see Dylan but Mia blocked them all, spitefully knowing how much we both loved her but totally indifferent to the pain and damage she was causing the little girl merely to appease her own vindictiveness.

He also addressed recent comments made by Mia that Frank Sinatra may be the true biological father of Ronan Farrow, using the remarks to question Mia's character:

I pause here for a quick word on the Ronan situation. Is he my son or, as Mia suggests, Frank Sinatra’s? Granted, he looks a lot like Frank with the blue eyes and facial features, but if so what does this say? That all during the custody hearing Mia lied under oath and falsely represented Ronan as our son? Even if he is not Frank’s, the possibility she raises that he could be, indicates she was secretly intimate with him during our years. Not to mention all the money I paid for child support. Was I supporting Frank’s son? Again, I want to call attention to the integrity and honesty of a person who conducts her life like that.

As for the other Farrow children mentioned, this week, Moses Farrow defended Woody, saying his mother "drummed it into me to hate my father." Meanwhile, Ronan has been outspoken in supporting Dylan and her story. You can read Woody Allen's full response here. What do you make of it?