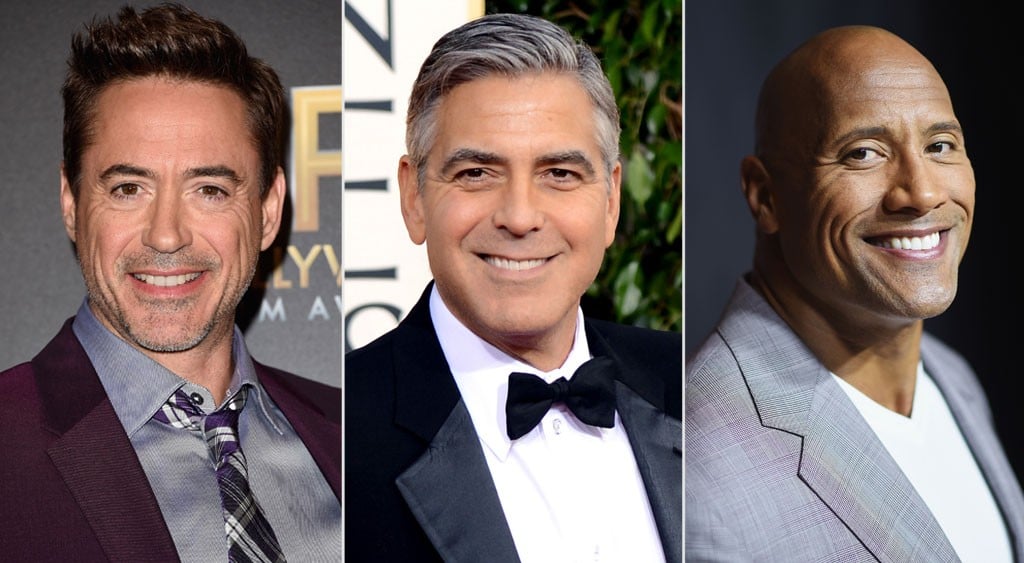 These Are the 10 Highest-Paid Actors in the World

Forbes's annual list of the highest-paid actors in the world has been unveiled, and some faces on the list might surprise you. Last year, Mile 22 star Mark Wahlberg clinched the top spot, raking in a cool $68 million for his turns in films like Daddy's Home 2 and Transformers: The Last Night. In 2018, however, Wahlberg didn't even crack the top 10. So, which well-paid stars picked up salaries that will likely make your jaw hit the floor, especially when compared to the figures brought in by the world's highest-earning actresses? (The actors' list tallied $748.5 million, compared to the list of female stars, which totalled $186 million.) Keep scrolling to see what stars like George Clooney, Dwayne Johnson, and more earned over the last year as you reflect on Hollywood's gender pay gap problem.

Related:
A New Star Just Unseated Emma Stone as the World's Highest-Paid Actress
Previous Next Start Slideshow
These Are the 10 Highest-Paid Actors in the World originally posted on POPSUGAR Entertainment
Join the conversation
MoviesEntertainment NewsGeorge Clooney
More from POPSUGAR
From Our Partners
Related Posts

TV
Sad News: Pop Has Cancelled One Day at a Time After Its Fourth Season
by Monica Sisavat 3 days ago