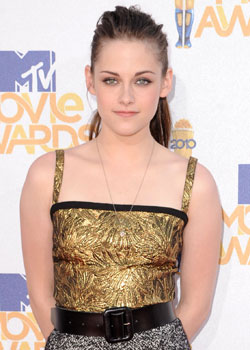 With the release of Eclipse only weeks away, news about Kristen Stewart and her Twilight costars seems to be popping up everywhere. The latest rumour involves Kristen's possible move from movies to the world of theatre on London's historic West End. Keira Knightley, Daniel Radcliffe and Sienna Miller have all made their mark on the famous district and with Kristen so keen to push herself and try new things, stage could be the next step for her career. With both installments of Breaking Dawn and On the Road scheduled to start filming in the near future, K-Stew may not have the time. But tell us—would you like to see Kristen Stewart tackle theatre?