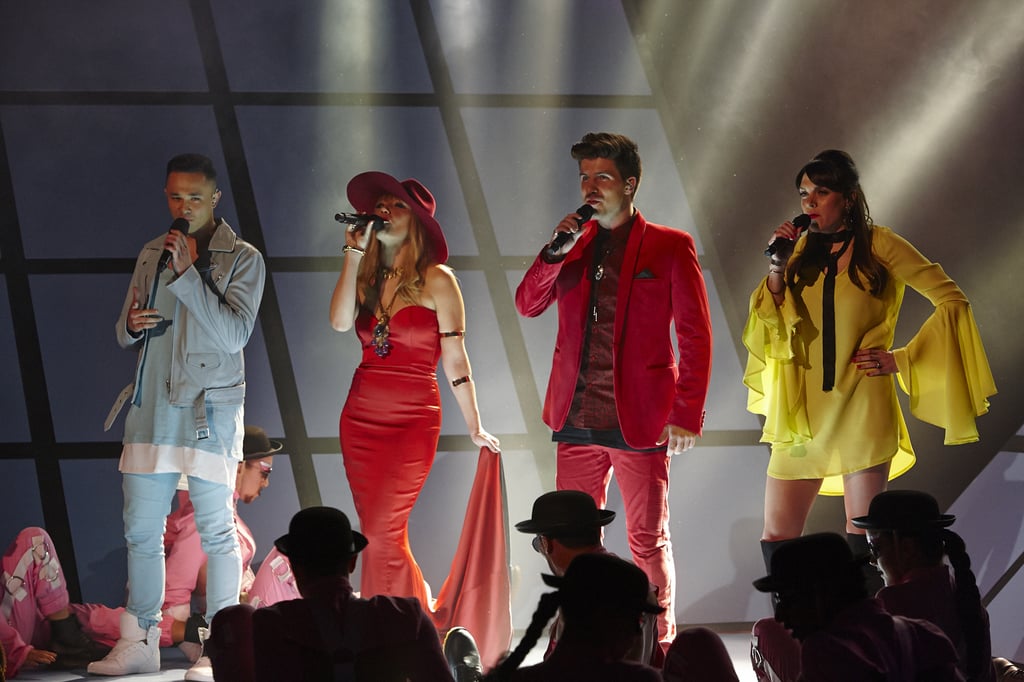 The Best Grand Final Performances From The X Factor's Top 3

We're right down at the pointy end of another season of The X Factor. Last night, the final three — Cyrus Villanueva, Jess & Matt and Louise Adams, took to the stage for their final performances of the show. We got to relive each act's audition song, hear their would-be winner's single, and see them fight for the title once again with performances of some of today's biggest hits.

With such a diverse top three, each having their own distinct sound, really, any of them could win. Louise has enjoyed the most standing ovations for her performances, Cyrus proved he can sing literally anything, and Jess & Matt are the first duo to ever reach an X Factor final. Scroll to see the must-see performances from last night's show, and be sure to vote for who you think will win the competition.