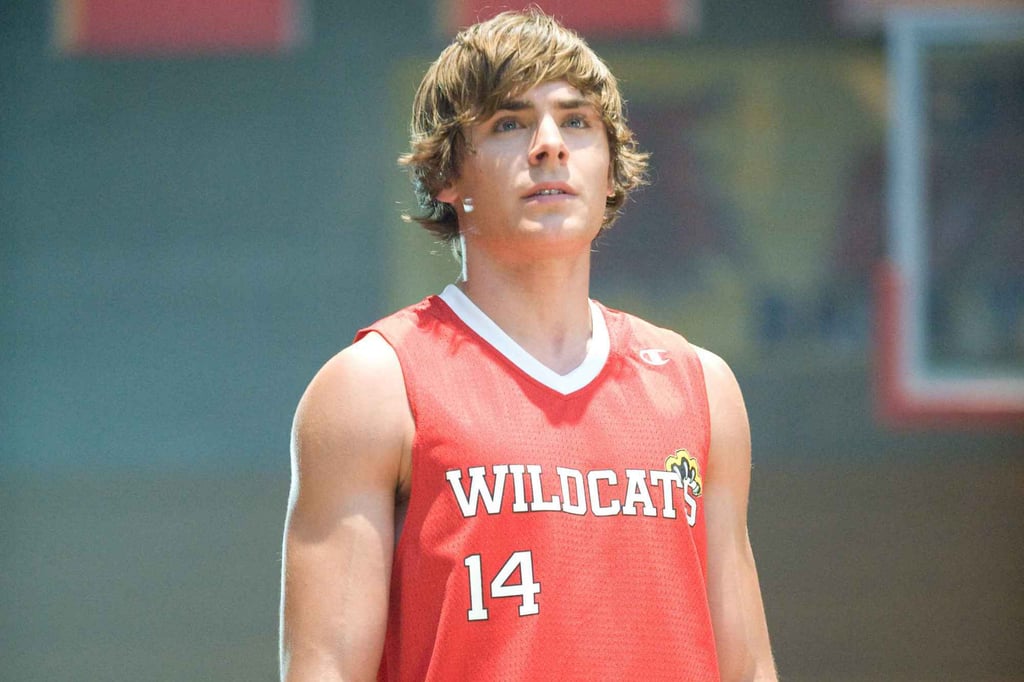 12 Times Zac Efron Made You Swoon in High School Musical

Zac Efron turns 27 today and his birthday has us reminiscing about his breakout role as Troy Bolton Disney's 2006 movie, High School Musical, and its two epic sequels. It marked the first time we ever swooned over Zac and his singing, dancing, and smirking skills — sometimes while shirtless. To celebrate his birthday, not only did we round up all his hottest movie pictures and put together 25 ways to get over your decade-long crush on Efron, we unearthed 12 GIFs that represent our first impressions of him. Are you sitting down, Wildcats? Because things are about to get steamy in here. You can bet on it.