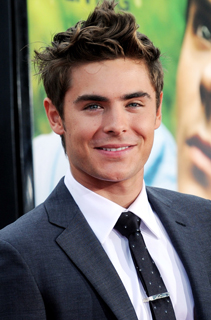 Zac Efron's soulful turn in Charlie St. Cloud definitely won't be his last foray into tearjerkers. Efron has just signed on to star in The Lucky One, from the romantic drama master himself, Nicholas Sparks. He'll play the central character, former soldier Logan Thibault, who seeks a woman in the photograph that became his lucky charm overseas. But don't go thinking Efron is about to pigeonhole himself in sentimental flicks; he has also attached himself to edgy flick Die in a Gunfight as a young man who falls for the daughter of his father's nemesis. Factor that in with the other recent projects he's gotten involved with, including comedies and drug thriller Snabba Cash, and I might be able to see Efron following in the footsteps of some other iconic actors.