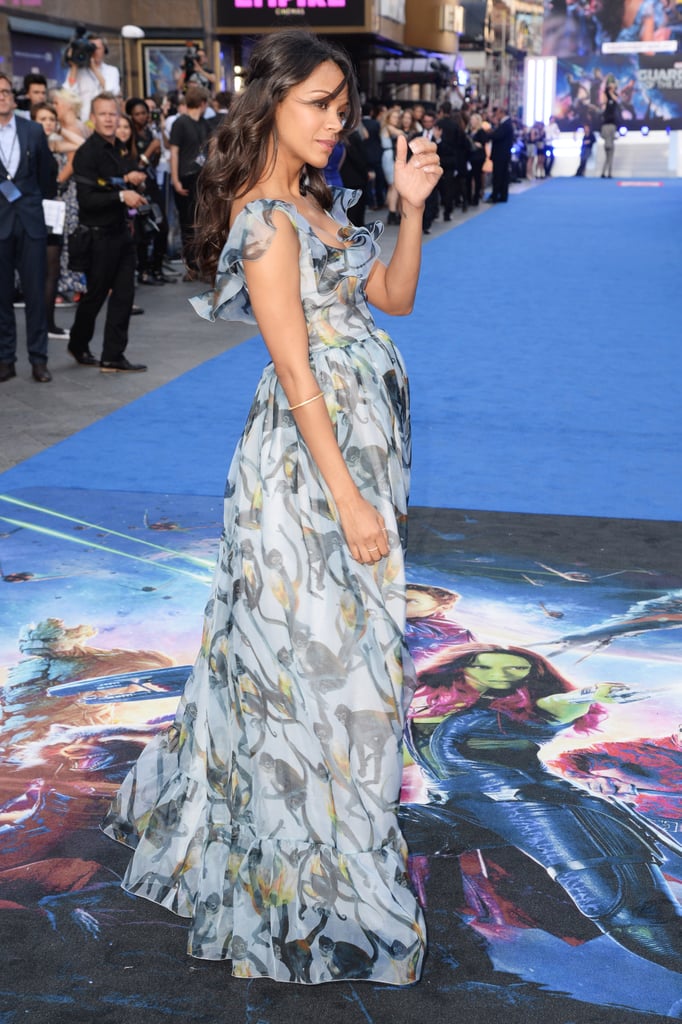 Zoe Saldana has yet to confirm or deny new reports that she is pregnant with twins, but she showed what looked like a small baby bump when she walked the carpet at the European premiere for Guardians of the Galaxy in a Valentino monkey gown in London on Thursday. The actress posed for pictures in a flowing blue dress and even stopped to sign autographs for gathered fans who had lined up outside the Empire Leicester Square theater. Zoe sparked chatter about a possible pregnancy earlier this week when she premiered Guardians of the Galaxy in LA while holding onto her stomach. She married artist Marco Perego in 2013 following a split from her Guardians co-star Bradley Cooper.