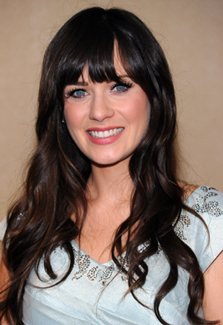 Deschanel, aka the She of She & Him, may have charmed audiences this past weekend at Coachella, but it looks like she'll be getting back to work soon as an actress. She's reportedly in talks to star in a biopic about Ada Lovelace called Enchantress of Numbers. Lovelace's isn't the most recognisable of names, but the basics are that she was a 19th century math-lover who's remembered as the world's first computer programmer. I love the idea of Deschanel as a brainy innovator in period garb, and honestly, I'll take her any way I can get her these days: on stage, on screen, or on TV!