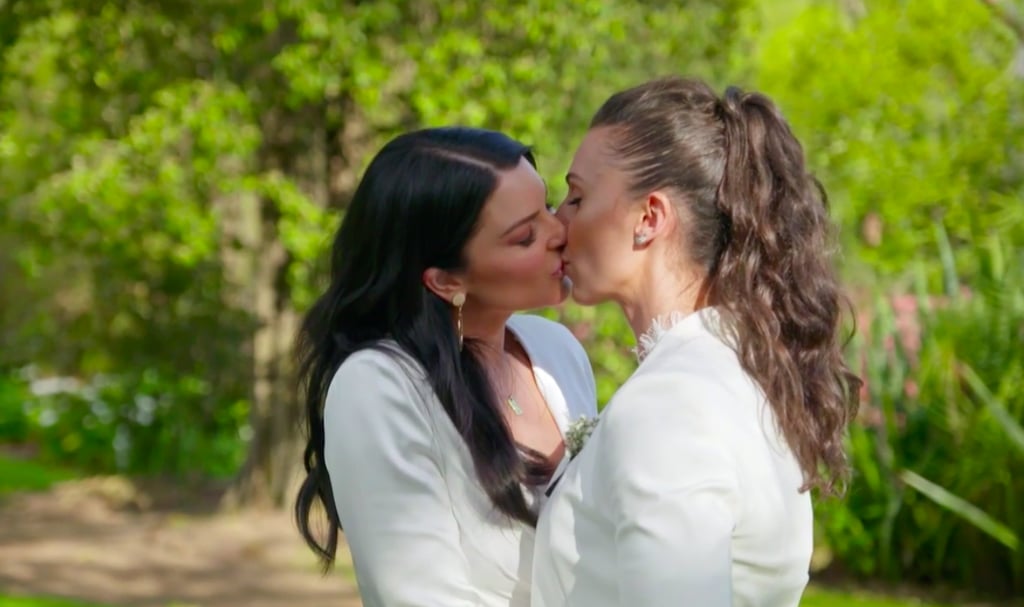 Amanda and Tash's wedding was one of the more moving weddings of Married at First Sight so far, because of how open Amanda was in her vows about just how difficult it is to be a queer woman. While Amanda and Tash are not the first same-sex wedding for MAFS — Craig and Andy were matched together in season three in 2016 — they are the first since marriage equality was legalised in Australia in 2017.

While Amanda was very open about how getting married was an opportunity to feel just like everyone else, Tash said she'd never considered marriage before, because it legitimately wasn't an option until a couple of years ago.

Tash gave Amanda a kiss after her vows, talking about the extra courage they need to participate in this as queer women, demonstrating how quickly the pair bonded physically. They obviously found each other super attractive, Amanda telling Tash that she has a "Sophie Monk-slash-Ruby Rose look".

While the revelation that Amanda is only recently single — she was quite literally tossing up between rekindling her relationship with her ex and MAFS — had the potential to shake up their marriage, Tash chose to believe Amanda when she said that she was there to have a real go at this. She didn't want to go back to a relationship that wasn't working for her. The pair ended the night canoodling, seemingly very into each other.

The Voice
Guy Sebastian and His Brothers Are "Super Tight" — So Who Are They?
by Hannah Story 4 days ago

The Voice
If You're Already Hyped About The Voice, Get Acquainted With Team Delta So Far
by Hannah Story 5 hours ago