Bachelor in Paradise lovebirds Mary Viturino and Conor Canning are expecting their first child together!

The couple revealed the happy news on Instagram on October 31, sharing a photo of the happy family, including Mary's six-year-old daughter, Chanel.

"I know I haven't been active lately," Mary admitted. "[S]o I'm happy to finally be able to share the news that @conorjcanning and I are having a baby next year.🤰🏾🤱🏾👶🏽 #baby."

"We can't wait for the newest member of our little family. @maryviturino18 and I are over the moon and Chanel is very excited to be a big sister ❤️," Conor wrote in his own post.

Their fellow contestants have celebrated the first Bachelor in Paradise bub in the comments, including Renee Barrett and Brittany Hockley. "I couldn't be happier to read this news! 💕 two beautiful humans xx," Brittany gushed.

This morning, Mary shared a video to Instagram thanking her fans for their "love and kindness" since the announcement. She also revealed the baby was due just before Mother's Day 2021 (May 9). "I'm pretty much very exhausted and I'm still with a little bit of sickness," she added, saying she'd keep fans updated on their pregnancy journey. "Just want to say thank you so much, guys. Thank you for all the love. Love you, bye!," she concluded.

Mary, from Dr. Matt Agnew's season of The Bachelor, met "cleanskin" Conor in Fiji at the end of last year. They ended the season as boyfriend and girlfriend, exchanging commitment rings.

"Mary, I am in love with you. I've never been so sure of anything in my life," Conor said.

"You won my heart so quickly. I do love you," Mary responded in kind.

After a few months dating long-distance, Mary moved down to Hobart to be with Conor earlier this year.

The morning after the finale aired, Conor told POPSUGAR Australia that watching the episode saw the emotion come flooding back. "It's great to know we were in love then, and we're still in love eight months later now."

"[Going onto Bachelor in Paradise] I was just looking for love, no matter who it was," Mary said, of ending up with someone who wasn't from the Bachie franchise. "I was looking for that genuine connection with someone. I'm glad I got the best of the bunch!" 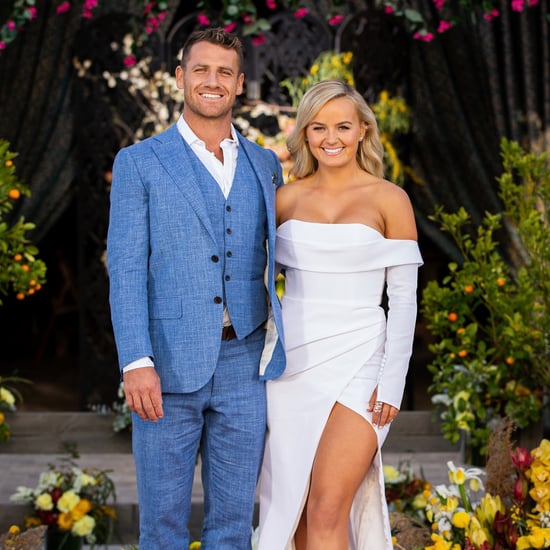