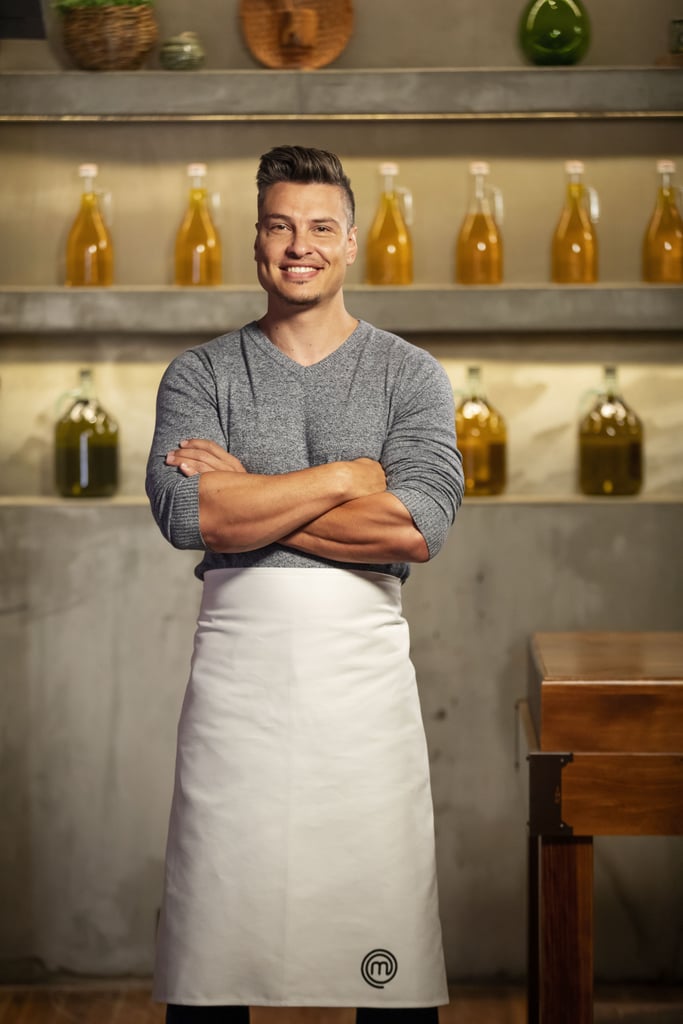 Producers may have hoped that we'd be so distracted by the appearance of Katy Perry last night to notice Ben's absence from the contestants cheering competitors Poh Ling Yeow, Reece Hignell, Sarah Tiong, Simon Toohey and Reynold Poernomo on the gantry.

But, he, along with the rest of the contestants in entirely different outfits, was in attendance in last night's Masterclass, leading some to speculate that the order of filming is not as it seems.

Ben was reportedly removed from the competition when he was arrested for an issue "of a personal nature", during filming in March. The unspecified incident is unrelated to the series.

A spokesperson for production company Endemol Shine said at the time: "We can confirm Ben Ungermann has left the MasterChef Australia competition. As this is a police matter, we will not be making further comment."

The other contestants were apparently not told about the arrest, according to The Daily Telegraph, but that Ben left "for personal reasons".

When a fan told Ben on Instagram in April that he was "devastated" to hear he had left the competition, and asked how he would be edited from the series, Ben replied: "That's up to MasterChef Australia. Appreciate the support." The comment appears to be the only time Ben has addressed the controversy.

Related:
People Agree That Melissa Leong Is the Most Valued MasterChef Judge This Season

We'll know for sure if Ben has been removed from the competition if we don't see him compete in Sunday's Elimination — or if the issue is addressed directly.

Read on for Katy Perry-themed jokes about Ben's absence, and confusion over his return for the Masterclass (Twist Week, am I right?).

Locky Gilbert
Locky and Irena Gush About Their Blooming Real-World Relationship: "You're Perfect for Me"
by Hannah Story 1 hour ago

Locky Gilbert
Bella Talks About the Silver Lining to Her Bachelor Heartbreak: “Sometimes Best Mates Are Better Than Boyfriends”
by Hannah Story 2 hours ago

Locky Gilbert
Locky Just Dumped Bella and Her Response Was All-Time: "Can I Leave? I'm Going"
by Hannah Story 20 hours ago

Locky Gilbert
Yikes! The Bachelor Just Told Bella He's "Definitely Fallen in Love" With Her Too
by Hannah Story 20 hours ago

Locky Gilbert
In a Bachelor Twist, Both Irena and Bella Met Locky’s Mum at the Same Time
by Hannah Story 21 hours ago