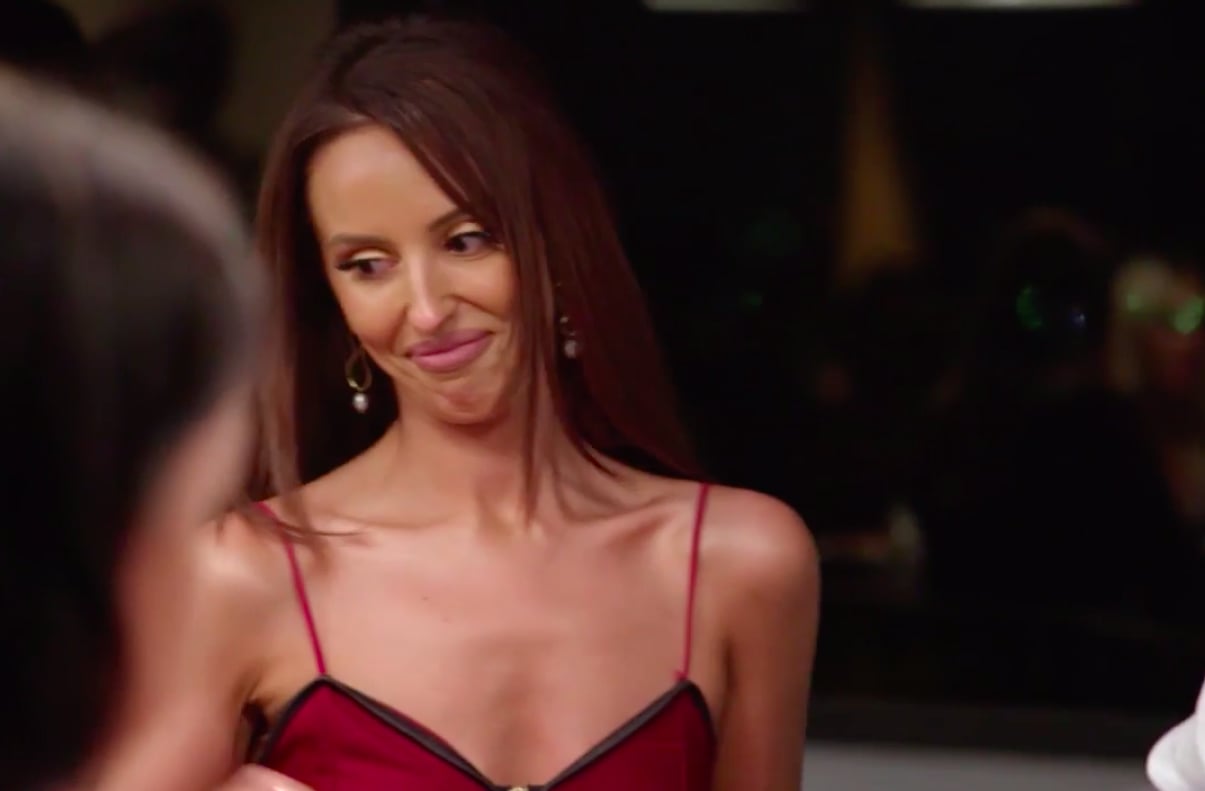 On tonight's Married at First Sight it felt like there was constantly drama simmering under the surface. And Liz, returned to the dinner party environment could sense it.

First she was welcomed into the group with mostly excitement, although some bewilderment. No one can top Cathy's expression of pure joy. Then she tried to get tea from everyone. She'd come in hoping for fireworks and people were being too polite, so Liz dubbed the whole bunch boring. That is until they sat down to eat and Ivan and Josh happily recounted the whole Hayley-Michael cheating scandal.

And that's when tempers started to flare up, much to Liz's warped delight. First, Josh and Cathy confronted Stacey and Michael about the state of their relationship, and then Steve stormed out, because Mishel was still pretty upset that he called her unattractive yesterday. Fair enough.

Here's how the internet stood with the drama-loving Liz tonight:

Give it a few more drinks, Lizzie. Then you'll see plenty of ugly #MAFS

Lizzie: "They're boring."
Yeah we know, but for some reason we keep watching 🤷🏼‍♀️ #MAFS

Is Lizzie there to get the other couple's skeletons out of the closet or find love? #Mafs #mafsau

Ivan: omg Lizzie so here's the tea. Michael was doing the nasty nast with another woman while Stacey was in Calcutta feeding orphans but shhhh let's not bring it up again, no need to rehash it guys #MAFS #MAFSAU

Lizzie loves the game/drama way more than her husband #MAFS

After all, Liz does love tea.

TV
Why Eboni K. Williams Joining The Real Housewives of New York Is a Huge Deal For Bravo
by Maya Richard-Craven 22 hours ago