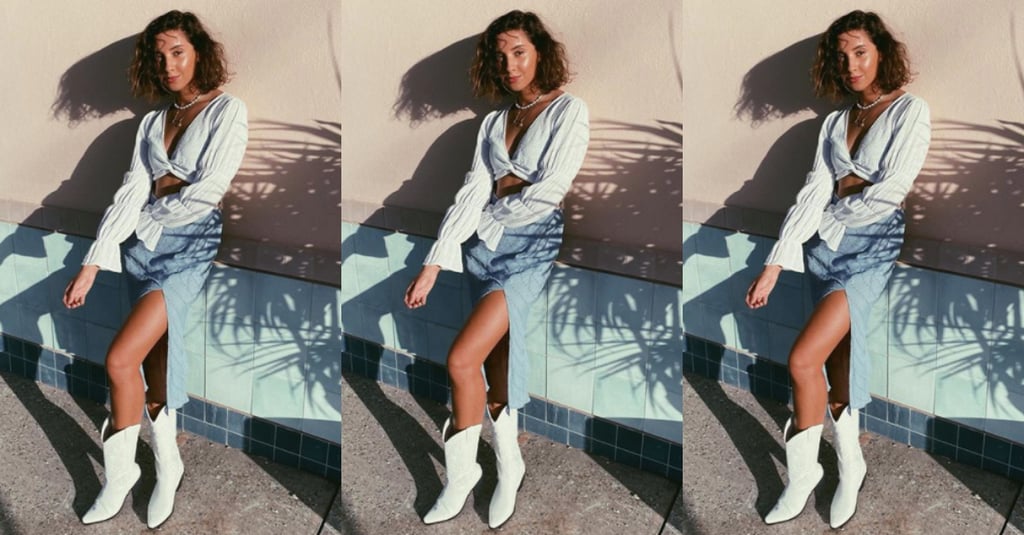 Zac Efron seems to have an Australian girlfriend and her name is Vanessa Valladares, not Hannah Story. Weird.

The couple were spotted having brunch together on the weekend in Lennox Head, just north of Byron Bay, where the Hollywood star has been living since at least March.

A source told People that Zac met 25-year-old Vanessa in June when she was working at General Store cafe — the exact same place where Zac was first papped in July, confirming the rumours that he had moved to Australia. Looking back at those original pictures, we can see Zac kissing Vanessa on the cheek as a greeting!

"Zac met Ness earlier in the summer," said the source. "They started hanging out in July and recently took a ski trip together. You can tell that they are having fun. She spends a lot of time at this house."

The Daily Mail added that Vanessa is rumoured to have quit her job since then, and is now staying with Zac at Belongil Beach.

Last Tuesday, Zac and Vanessa were spotted arriving at Ballina Airport on a Jetstar flight, after taking a ski trip to Thredbo. The couple were photographed again on Monday, holding hands in Byron Bay, as they went for a takeaway lunch.

Zac reportedly cancelled his flight home to Los Angeles in late August after his travel visa to Australia was extended — potentially to continue his budding relationship with Vanessa.

Related:
Everyone Was Willing for the Wizard on The Masked Singer To Be Zac Efron (It Wasn't)

So Who Is Vanessa Valladares?

There's only a few clues on Vanessa's Instagram about Vanessa. She likes the dragon emoji (🐉), she has model friends like Miss Universe finalist Summah Taylor, she herself has modelled for brands like Spell and Love St, she's an avid festival-goer and she loves to travel. She's also a fan of spiritual, poetic Instagram captions.

In late March, she posted that she was meant to be flying to Africa, but would be adapting "to a rapidly changing reality", as Australia's borders closed due to the COVID-19 pandemic.

"Embrace change," she continued. "I choose to surrender and continue to be love, observing, growing and expanding. I'm limiting my phone use, gaining knowledge, empowering myself, remaining present. 🤲🏽 Let us lean into this chaotic creative place".

At least if we can't be with Zac, we know he's paired with a mindful, hot Australian.

Scroll on to see some of Vanessa's cutest photos on Instagram:

Annie Murphy
Who Is Annie Murphy's Husband, Menno Versteeg? He Has an Impressive Resume
by Corinne Sullivan 2 hours ago