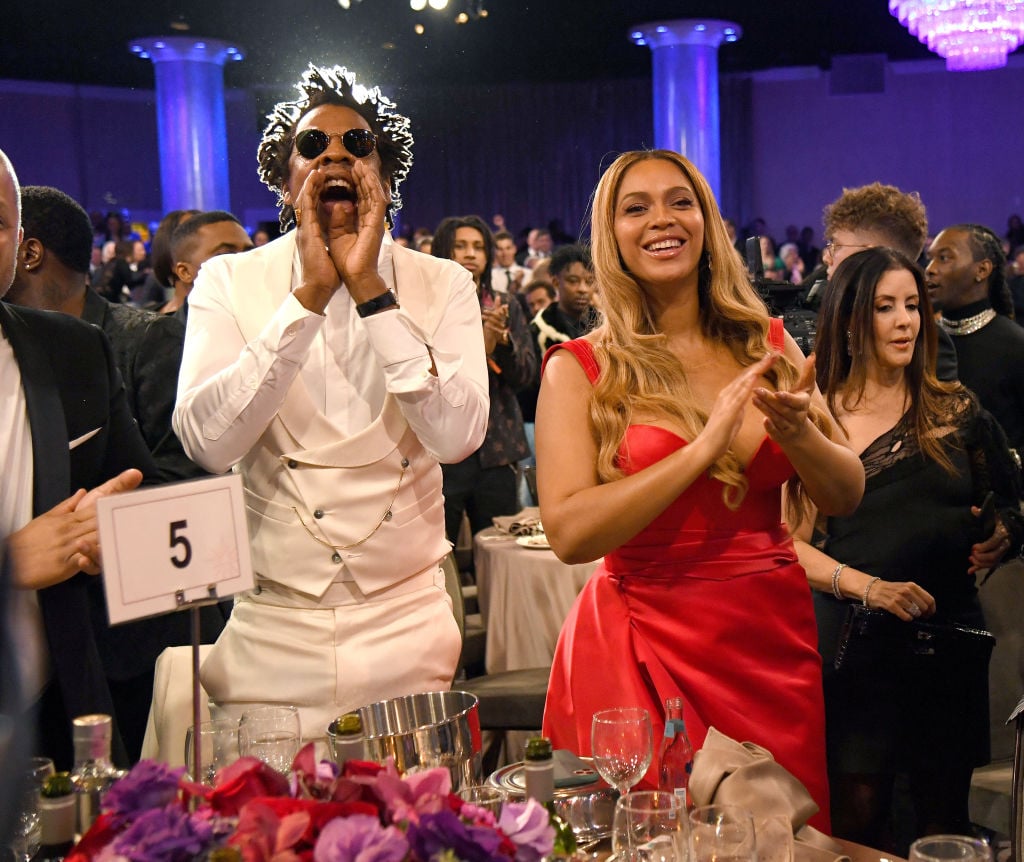 Beyoncé and JAY-Z made a big statement during the 2020 Super Bowl on Sunday, but it might not be what you think. As the crowd stood for Demi Lovato's performance of the national anthem ahead of the big game, the couple and their 8-year-old daughter, Blue Ivy, remained seated in the stands. While many fans took the moment as the couple's way of showing support for former NFL player Colin Kaepernick — who raised awareness of racism and police brutality in the United States by choosing to kneel during the national anthem — JAY-Z recently set the record straight during a lecture series Q&A at Columbia University on Tuesday night.

The rapper, who coproduced this year's halftime show with Shakira and Jennifer Lopez, explained that he and Beyoncé weren't actually trying to make a political statement by remaining seated. "It actually wasn't — sorry," he said. "I'd tell you . . . I'd say, 'Yes, that's what I've done.' I think people know that about me." He admitted that they were actually just so entranced by Lovato's performance as musicians, they forgot to stand. "What happened was, we got there, we were sitting, and now the show's about to start. My wife was with me and so she says to me, 'I know this feeling right here.' Like, she's super nervous because she's performed at Super Bowls before. I haven't. So we get there and we immediately jump into artist mode . . . now I'm really just looking at the show. Did the mic start? Was it too low to start? . . . I had to explain to them [that] as an artist, if you don't feel the music, you can't really reach that level."

He also said that he wouldn't put his daughter Blue Ivy "in that position," adding, "And if anyone who knows Blue . . . If we told her we were going to do something like that, you would have seen her attacking me 100 times. She's the kid that gets in the car and closes the door and says, 'Are we there yet, daddy?' So she would say, 'What time? Are we doing it? Are we doing it now? It's 7:05, daddy . . . It's 7:06.'" He added that he "didn't have to make a silent protest" because the halftime show he helped produce was the biggest statement of all. "If you look at the stage and the artists that we chose — Colombian [Shakira] and Puerto Rican J Lo — we were making the loudest statement."

The couple's Super Bowl appearance comes about six months after JAY-Z's company Roc Nation signed a deal with the NFL. Through the rapper initially received backlash for the partnership, he eventually clarified that the main goal was to help the organisation be more inclusive. "The NFL has a great big platform, and it has to be all-inclusive," he told The New York Times. "They were willing to do some things, to make some changes, that we can do some good."

According to TMZ, JAY-Z also spoke with Colin separately ahead of the deal. "I think that we forget that Colin's whole thing was to bring attention to social injustice so in that case this is a success — this is the next thing," he reportedly told TMZ. "There's two parts of protest: the protest, and then there's a company or individual saying 'I hear you, what do we do next?' For me it's about actionable items, what are we gonna do about it?"

Black Is King
10 Times Beyoncé Pulled Up For the Black Community, Even Before Black Is King
by Natasha Marsh 1 week ago

Music
Beyoncé Just Dropped the Deluxe Edition of The Gift, and BRB, We've Got Some Listening to Do
by Monica Sisavat 1 week ago

Music
To Get the Perfect Visuals, Beyoncé's Black Is King Couldn't Be Filmed in Just 1 Location
by Grayson Gilcrease 1 week ago

Music
From Blue Ivy to Wizkid, See All the Artists Featured on Beyoncé's Black Is King Visual Album
by Chanel Vargas 1 week ago 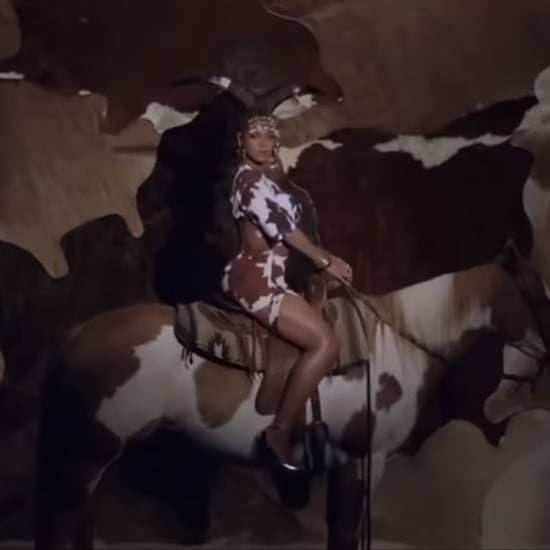 Music
Here's How to Watch Beyoncé's Black Is King, Because We Know You're Wondering
by Monica Sisavat 2 weeks ago
Latest Celebrity
×