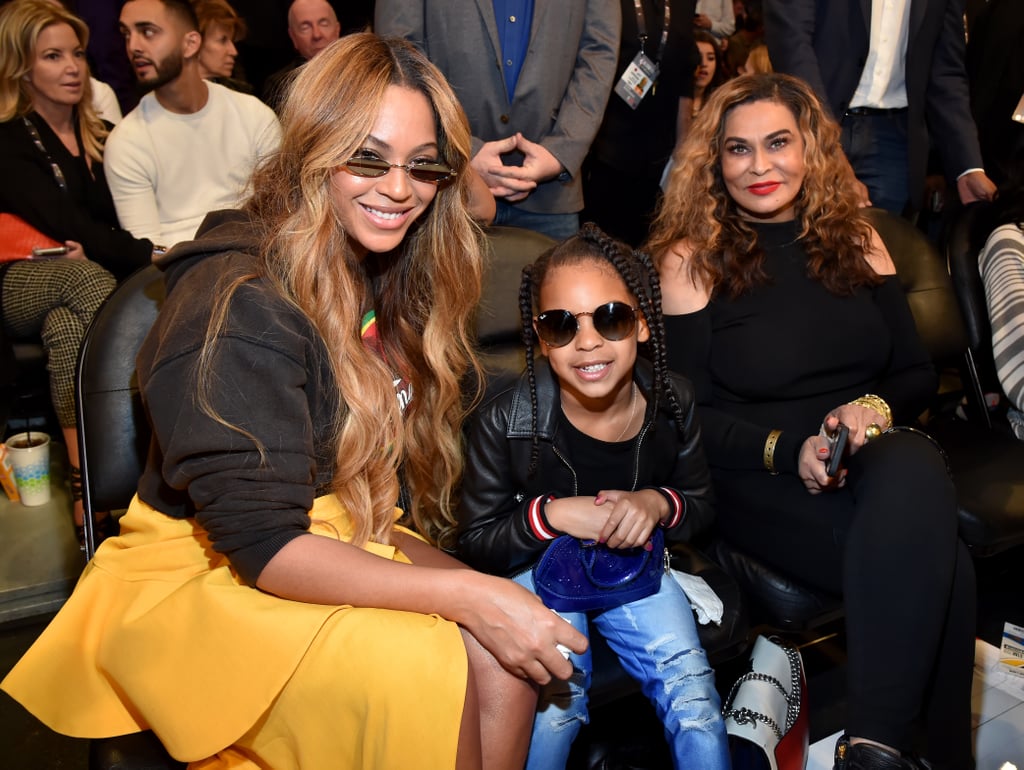 Beyoncé Got Glammed Up to Share a Charitable Corny Joke, Thanks to Blue Ivy and Tina Lawson

Beyoncé might be a global superstar and a powerhouse businesswoman, but even she's susceptible to familial critiques. On Sept. 19, the 39-year-old singer made a special appearance at the virtual Wearable Art Gala — organised by her mother, Tina Lawson — to partake in the event's "Corny Joke Time" bit. The segment required celebrity guests to tell cringeworthy quips throughout the event, which also hosted an art auction to help support Los Angeles creatives and families affected by COVID-19.

In Beyoncé's video, shared by Tina's Waco Theatre company on Instagram, the "Black Parade" singer first tells her joke while sporting a casual, makeup-free look. "Why does Snoop Dogg need an umbrella? For drizzle," she says before daughter Blue Ivy playfully calls her out for speaking a certain way. "Mom, the voice, no," the 8-year-old jokes. The clip then plays an audio message from Tina who asks Beyoncé to zhuzh things up. "Hi, Bey. I really appreciate you doing the joke because I know how busy you are," she says. "But will you just put on some makeup, get in some good light and stuff because . . . it's the gala, girl!" The video cuts back to a fully glammed up Bey who repeats her corny joke without any objections from Blue.

Other stars who took part in the segment included Yara Shahidi, Marsai Martin, Kerry Washington, and Issa Rae, as well as Beyoncé's sister, Solange, who told Tina's favourite joke of the night. Look ahead to watch the Knowles sisters show off their comical sides, then check out the entire virtual Wearable Art Gala live-stream!

Celebrity Beauty
Blue Ivy Carter Is Only 8, and She's Better at Halloween Makeup Than I'll Ever Be
by Danielle Jackson 2 weeks ago

Celebrity Interviews
By a Show of Hands, How Many People Knew Tina Lawson's Maiden Name Is Beyoncé?
by Brea Cubit 17/9

Black Is King
10 Times Beyoncé Pulled Up For the Black Community, Even Before Black Is King
by Natasha Marsh 04/8
Latest Celebrity
×