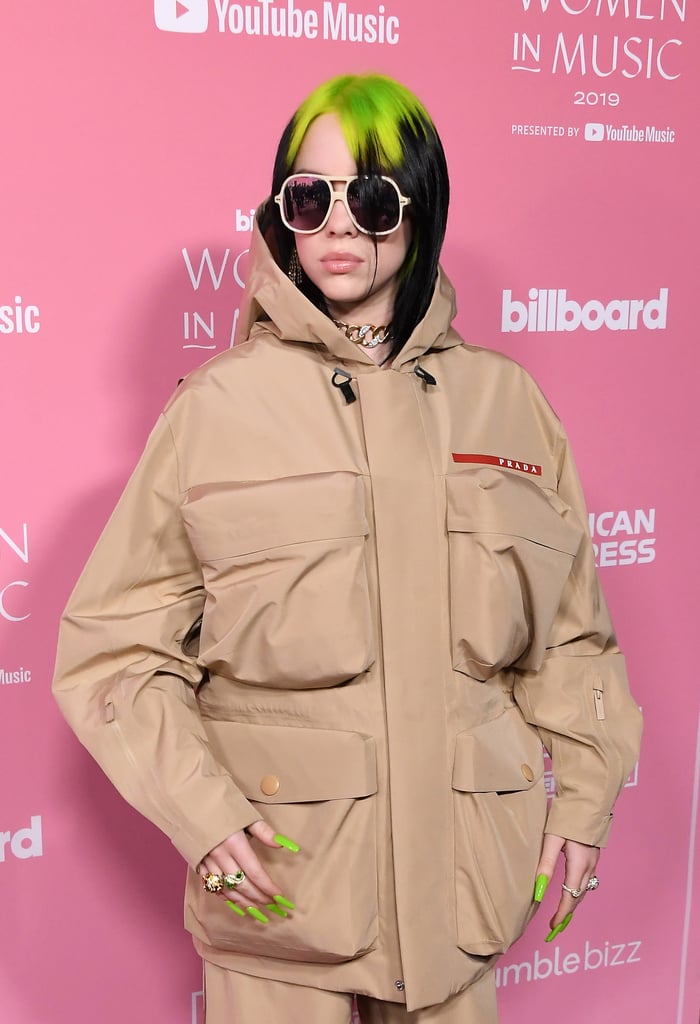 Without a doubt, 2019 was Billie Eilish's biggest year yet. At just 17 years old, the singer was crowned Billboard's woman of the year, and on Thursday, Billie celebrated the accomplishment at the publication's music event in LA. Clad in a beige Prada ensemble and sunglasses, Billie arrived with her brother Finneas O'Connell and chatted on the pink carpet about her history-making Grammy nominations, her love for Alicia Keys, and how "surreal" it felt to be honoured at the same event she grew up watching from afar.

Billie's debut album, When We All Fall Asleep, Where Do We Go?, was also named the biggest album of 2019, making her the youngest artist to ever receive the honour. "I'm lucky enough to be in a generation that's able to break every rule — and that's crazy," she recently told Billboard. "It's really cool that I get to do this in a time when it's more freeing. To be honest, there isn't really anything that's off-limits." We can't wait to see what Billie has in store come 2020, but until then, see more of her big night ahead.

Related:
10 Things You Might Not Know About Billie Eilish — Including Her Belieber Roots
Previous Next Start Slideshow
Join the conversation
Red CarpetBillie EilishBillboard
More from POPSUGAR
From Our Partners
Related Posts

Celebrity Beauty
Billie Eilish Did, in Fact, Get a Tattoo, but We Probably Won't Ever See It
by Yerin Kim 01/12/20
Latest Celebrity
×