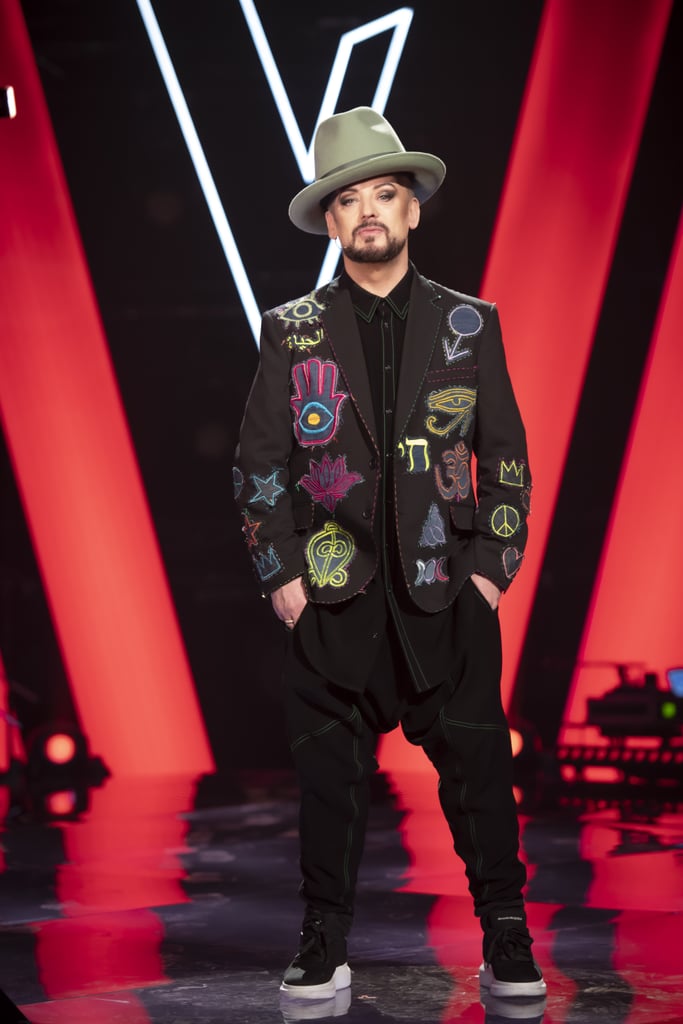 A shakeup in The Voice coaching lineup is expected, as the popular singing competition moves from Channel Nine to Channel Seven. The show's new network has promised "a lean production format" on the show, leading people to conclude the network would be cost-cutting by ditching its international talent, Kelly Rowland and Boy George.

The British musician has responded to rumours of his axing, sharing a Daily Mail article on the subject. He added: "I've never been 'dumped by a network. My nipples are hard!"

A fan noted that in one story he was described as a B-lister, saying, "You're definitely an A too. B! The cheek!" The report from The Daily Telegraph, quoted a source saying, "[Channel Seven] believe Nine was simply paying too much for a bunch of B-listers." But Boy George had a response for that one too, claiming, "They can't afford me darling! X".

Some fans offered the musician kind words, complimenting his "brutal honesty judging style". "Hang in there idol," one fan wrote. "At the end of the day, great things will do eventually come to u." Even that message of support received a joke reply from Boy George: "Yeah I'm down to my last jar of metaphorical caviar. Can I move into your spare bedroom?"

When a fan suggested he'd found out he'd been dropped from the show from the Daily Mail, Boy George retorted: "As if that is true. They are just obsessed with me at the Daily Frail!"

He added a cartoonishly filtered video of himself saying, "What is a matter with you people? You take everything so literally. Who killed the metaphor?," then posted a TikTok making fun of gullible Daily Mail readers and encouraging people not to believe everything they read online.

Related:
The Voice's Siala Loves to Support the Young Queer People Who Reach Out to Her: "Just Be Who You Are"

In an effort to cut The Voice's $40 million budget in half, Channel Seven will reportedly drop the Battle and Playoff rounds, thus reducing the show's shooting schedule. Sonia Kruger has already been announced as next year's host, replacing Darren McMullen and Renee Bargh.

It's believed that the international coaches are responsible for a large hole in the show's budget, but media analyst Steve Allen has noted that the show needs "some international flavour to add credibility and status to the show".

The Daily Telegraph reported last week that Boy George and Kelly earned a combined salary of $5 million, with two-thirds of that amount going to Boy George. Maybe Boy George is telling the truth when he says Channel Seven can't afford him . . .