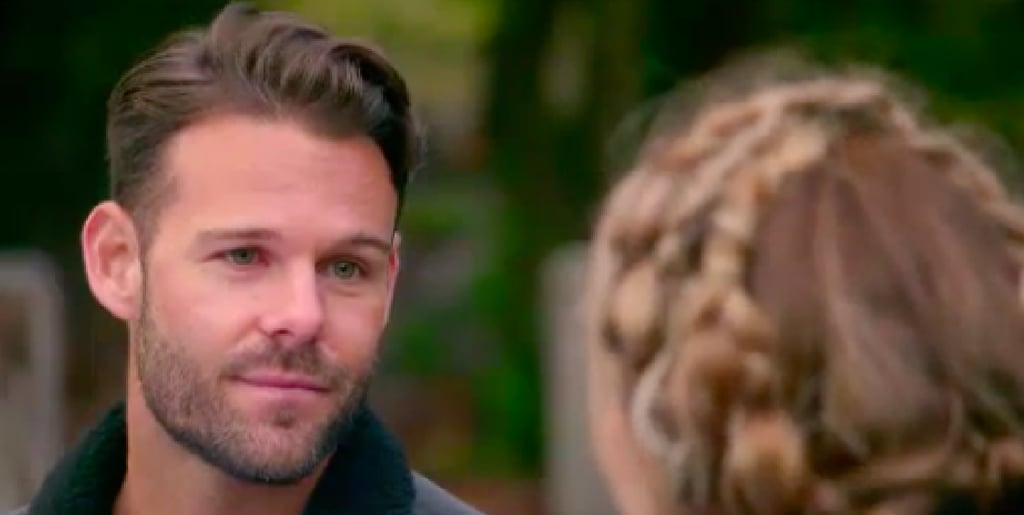 We may only be two episodes in to this season of The Bachelorette, but already frontrunner Carlin seems practically flawless. From his dashing good looks to his musical talent, even his kissing style is "perfect" according to Angie.

However, it appears there is just one thing about Carlin that is anything less than ideal: He's actually still married.

Talk. About. Bombshell. That's right, although he is separated from his wife, their divorce is not yet finalised.

As he explained, he got married in 2016, but drifted apart from his wife around "a year and a half ago." She now lives overseas, and according to Carlin they are as good as divorced, although they have not yet made it official.

Despite his reassurances, Angie was left a little concerned as to whether Carlin was ready to move on considering he is still, you know, legally tied to someone. "Sometimes we do crazy things when we're trying to get over someone," she mused and well, she does have a point!

But, her fears were quickly put to rest when Carlin explained that the whole thing "feels like a lifetime ago."

Before too long, Angie concluded that she needed to try not to overthink things, and to be willing to take any potential risk when it comes to Carlin.

By the end of the date, Carlin was saying he "couldn't have asked for a better 24 hours," and all was right in the world again.