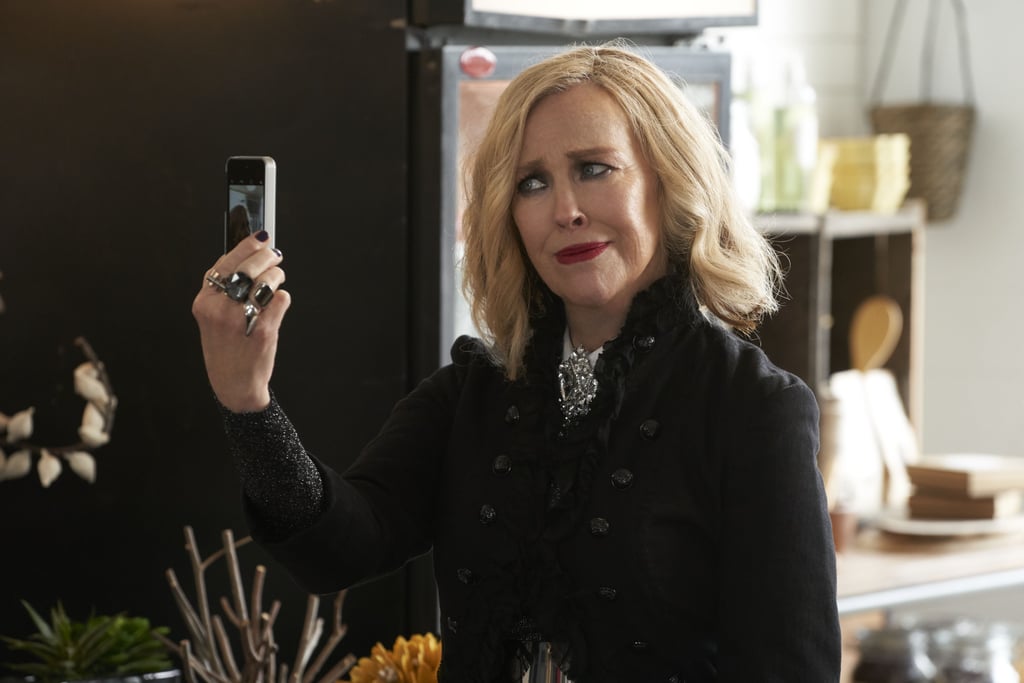 This Moira Rose Impression Is So Spot-On, It's Getting Lots of Love From Schitt's Creek Bébés

Moira Rose from Schitt's Creek is known for her many unique traits — her wig collection, her black-and-white wardrobe, her penchant for drama — but her unplaceable accent might top the list. Many have tried to imitate it, like her onscreen daughter Alexis or singer Demi Lovato, yet the best impression I've seen so far comes from Christina Hart.

Inspired by Schitt's Creek's series finale and more time at home, Hart decided to share some of her Moira musings on social media. What would Moira act like social distancing? How about as the narrator of Gossip Girl? Well, imagine no more. Hart and her eerily accurate impression are here for all your Moira needs. Even if we won't get to see Catherine O'Hara fill the role again in the near future, we can still enjoy all the makeshift moments Hart puts together. That is, until the final season drops on Netflix on May 14.

Ahead, check out Hart's tributes to our dear Moira Rose. They're all "impulsive, capricious, and melodramatic," but never wrong.

Previous Next Start Slideshow
This Moira Rose Impression Is So Spot-On, It's Getting Lots of Love From Schitt's Creek Bébés originally posted on POPSUGAR Entertainment
Join the conversation
TVSchitt's CreekCelebrity Impressions
More from POPSUGAR
From Our Partners
Related Posts