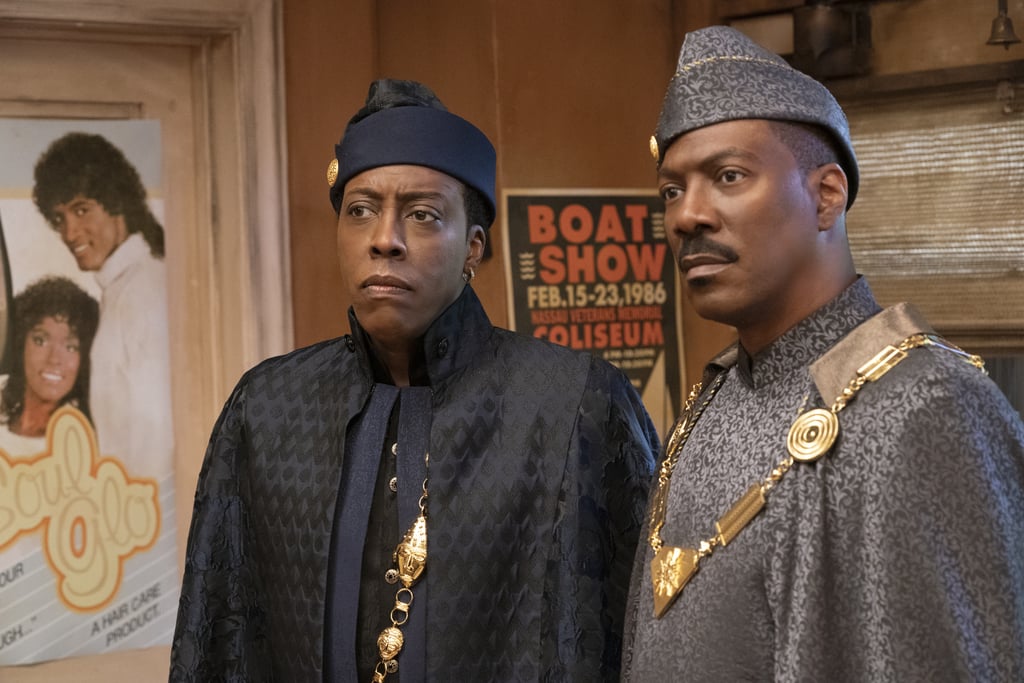 We are getting even more excited about Coming 2 America thanks to the recent flood of first-look photos. On Thursday, Amazon Prime Video shared several images from the film, including Eddie Murphy and Arsenio Hall getting back into character as Prince Akeem and Semmi, Shari Headley looking regal as ever as Lisa, and James Earl Jones in all his glory as the King Jaffe Joffer.

The film, which is which is set to release on Amazon Prime Video on March 5, 2021, will follow Prince Akeem as he travels back to Queens after learning that he has fathered a son (Jermaine Fowler) with a local woman (Leslie Jones). Based on the small glimpses and details we've gotten about the film, we have high hopes that it will live up to the original 1988 film. "I have no doubt that this will become a film that people will love," Headley told Essence. "I will venture to say they'll love it more than the first. I think I'm as excited as the audience will be because this is just nonstop entertainment." We can't wait! In the meantime, see more photos from the film ahead.

Related:
Eddie Murphy and Arsenio Hall Are Back For Coming 2 America — See Who Else Is in the Cast!
Previous Next Start Slideshow
These First-Look Photos at Coming 2 America Will Take You Right Back to Zamunda originally posted on POPSUGAR Entertainment
Join the conversation
MoviesComing 2 AmericaAmazon Prime VideoStreamingEddie Murphy
More from POPSUGAR
From Our Partners
Related Posts