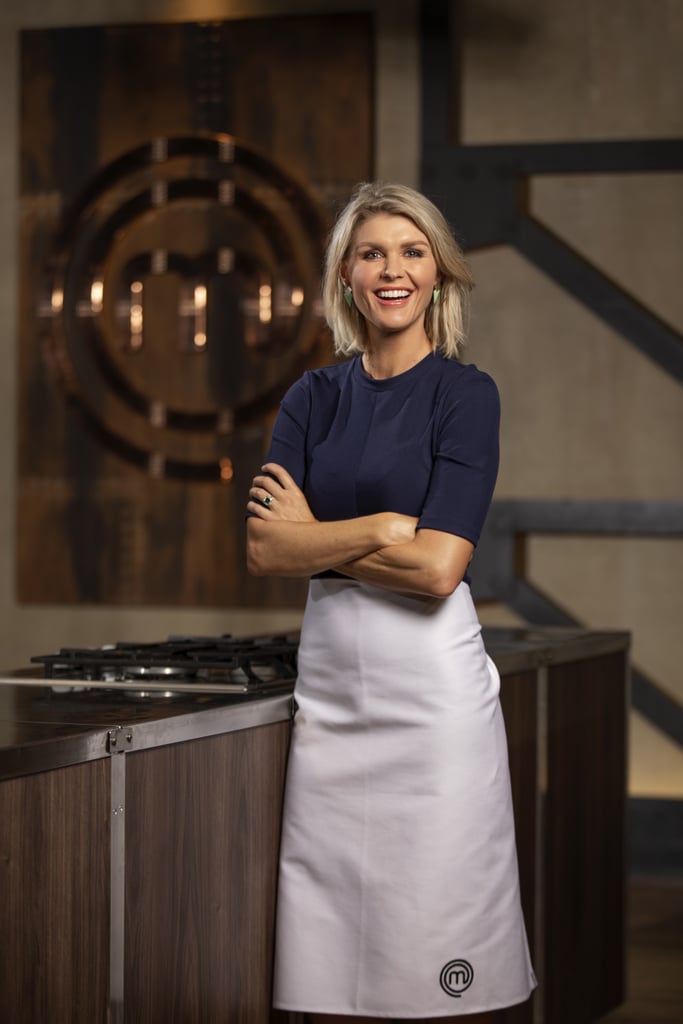 In the first round of the Pressure Test, contestants were challenged to recreate dishes of prawns, chawanmushi and crumpets in 90 minutes. Ben Ungermann, Reece Hignell and Courtney found themselves in the second round, after both Reece and Courtney left the poo chute in their prawns, and Ben undercooked his. They were tasked with a kohlrabi salad with burrata, and potato damper and lamb butter in one hour and 45 minutes, with seven minutes for assemble in front of the judges.

Fifth place in season two, Courtney spent much of the Pressure Test frazzled by the prescriptiveness of the recipes, as she cooks to taste. The judges stressed that she didn't need to overthink it so much. During the second round, finding herself taking up too much time with the kohlrabi cones, she decided to assemble them in front of the judges, but ran out of time to make enough of them and dress the dish.

Presenting her dishes to the judges after round two, Courtney spoke about how just how much the hospitality industry had changed for women since she first appeared on the show in 2010, and how she hoped to find a voice in the kitchen there. And even though she had the best burrata and lamb butter of the bunch, an unfinished salad sent Courtney home. "You're supposed to be my friend," Courtney joked, shaking judge Andy Allen, with whom she has worked on Network Ten's Farm to Fork.

Read on for our interview with Courtney:

POPSUGAR Australia: How did it feel to be eliminated in the first Pressure Test of the season?

Courtney: I certainly didn't think when I met everyone that was competing I could win. But I would have liked to have stayed there for a little bit longer. I'm not going to pretend that it didn't hurt a little bit.

I still was trying to kind of find my feet in that kitchen and I just didn't get a chance to get comfortable. It's very disappointing.

PS: Who of the new judges and your fellow contestants were you most excited to meet?

Courtney: Andy, I've worked with on Farm to Fork so, not that I wasn't excited, but I knew him. I had no idea Poh [Ling Yeow] was coming back to compete this year. I think there was a lot of rumours about her being a judge. I would imagine I wasn't the only contestant that was probably quite surprised but also pleased that we got to meet her and hang out with her. She's the most popular contestant, I'd say, of the 11 years, so it was pretty cool. She's a lovely lady and it was nice to get to meet her and cook with her and hang out.

PS: Last night, when you were eliminated, you shook Andy and said, "You were supposed to be my friend!" How strange was it to cook for and be judged by him?

Courtney: I couldn't let him get off scot-free. I've gotta do something. Even if you're a mum cooking for your kids, everyone judges your food. So it didn't worry me that me and Andy had worked together and then he was going to judge my food, because I think anyone that you cook for, they may not tell you, but secretly in their head they're judging whether they like it or not. So I was OK with it.

Related:
We Are So on Board with Andy Allen and Ben Milbourne's Friendship on MasterChef
0
previous images
-27
more images
Previous Next Start Slideshow
Join the conversation
Celebrity InterviewsMasterChefAustralian TVReality TVMasterchef Australia
More from POPSUGAR
From Our Partners
Related Posts

The Voice
Everyone Seems to Want to Be on Guy Sebastian's Team on The Voice & Who Can Blame Them?
by Hannah Story 13 hours ago

The Voice
If You're Already Hyped About The Voice, Get Acquainted With Team Delta So Far
by Hannah Story 13 hours ago