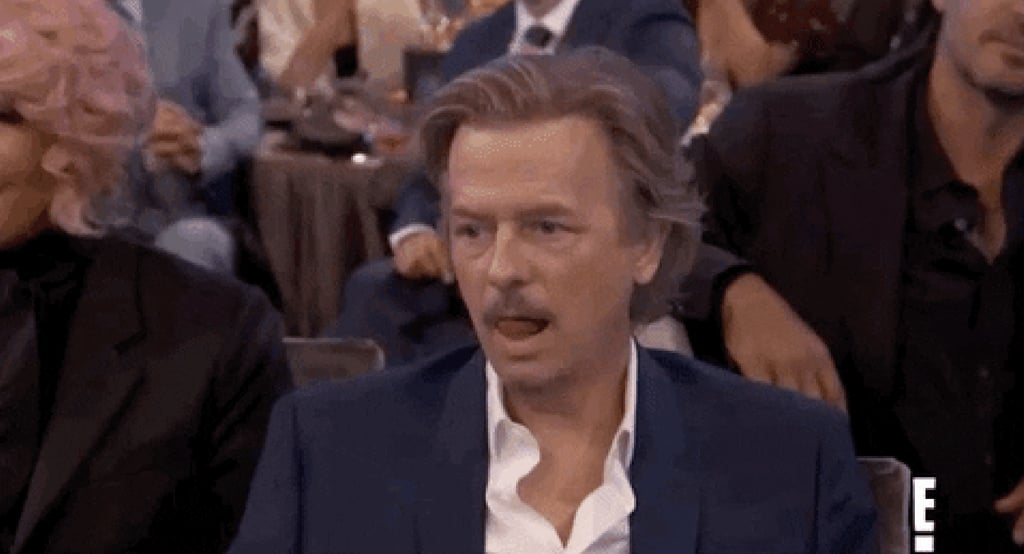 Sometimes the quickest, split-second moments can serve as fodder for the most entertaining memes. David Spade took a page from Jason Bateman's playbook and flawlessly proved this point at the People's Choice Awards Sunday while reacting to Noah Centineo's win.

Shortly after it was announced that Noah nabbed the comedy movie star award for his role in Netflix's The Perfect Date, the 23-year-old star hobbled up to the stage on crutches to accept his trophy and deliver a speech. Meanwhile, David was spotted in the crowd staring at Noah and simultaneously licking his lips with the most puzzled look on his face.

As soon as the moment played out on camera, people took to Twitter to share their thoughts on his awkward yet meme-worthy reaction. While some thought David was thirsting over Noah (I mean, I wouldn't blame him), others assumed he simply had no idea who the young actor is. Either way, one thing's for sure: the moment is shaping up to be the internet's new favourite meme, as evidenced by the tweets below.