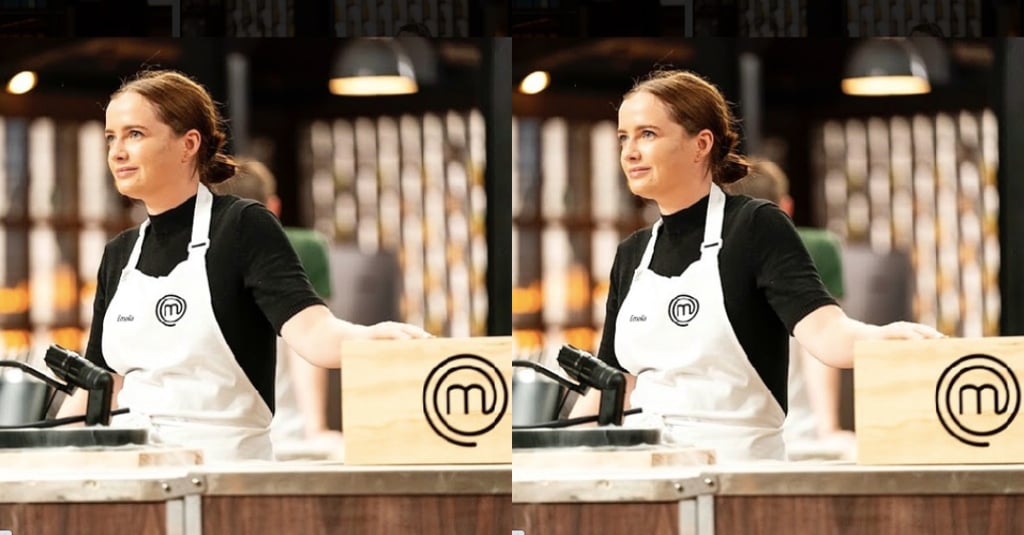 The contestants, Emelia, Reynold Poernomo, Laura Sharrad and Callum Hann, were presented with a Mystery Box adorned with the Union Jack, before they watched a video from week one guest chef, Gordon Ramsay.

"First of all, congratulations to all of you," he began, before calling the contestants out by name. "Seriously, I've been watching each and every one of you right from the beginning. This journey has been incredible."

Gordon showed them his kitchen and the contents of his fridge, apparently sourced 15 minutes ago — they'd be cooking using only those ingredients: bream, hand-dived scallops, Cornish rhubarb, Cornish strawberries, mature cheddar, Branston pickle, cabbage, Pimms and paprika from the pantry. Thanks to Gordon's fridge and his self-deprecating humour, we now know he loves a tipple.

"Best wishes, and I miss you guys!" he concluded. As some extra inspiration, Gordon pulled his one-year-old son, Oscar, up from behind the counter in an adorable moment. "Season 47 Australian MasterChef wishing you all the very best, Oscar James Ramsay!" So cute!

The rules were to use at least one of the ingredients from Gordon's fridge, but contestants wouldn't have access to anything else beyond pantry staples and one item from the garden, for a 75-minute cook.

Emelia decided to make a compressed choux pastry filled with a rhubarb feiulle and topped with Chantilly cream, poached rhubarb and strawberry and strawberry gum sorbet, pulling out her planned Grand Final dish ahead of schedule. Emelia placed weight on her choux pastry in the oven so they couldn't bubble over their moulds, but noted that if the cook didn't go perfectly, she didn't have time after 45 minutes of baking to make new ones.

Callum meanwhile made a bay leaf ice cream, with a bay leaf and rhubarb granita, strawberry Pimms consommé, strawberry jam mousse, and frozen rhubarb and paprika meringue. While he acknowledged that the paprika was an odd choice, and the bay leaf could dominate the flavours in the dish, he was determined to be inventive when there was no risk of elimination. Tasting the ice cream and meringue mid-cook, Andy Allen said it was definitely something he hadn't tasted before.

Reynold made chawanmushi, a savoury Japanese custard, with bream fillets and fish stock made with spring onion from the garden, which he was determined to "elevate" with French techniques. Laura made a fish and brassica dish with salted cabbage, pickled and braised broccoli, barbecued bream and a smoked broth. "Is fish and veg enough to get you into the Semi-Final?" Melissa Leong posed, but Laura stuck to her instincts.

The judges commended Callum for experimenting with flavour, but felt the bay leaf was overpowering, and, if it had been used a little more sparingly, could've tied the disparate elements together. Laura's fish was described as complex and elegant, but needed a little bit of lemon to be perfect.

Reynold's chawanmushi, also praised for its restraint and flavour, was in the top two, but it was Emelia's dish that earned her a place in the Semi-Finals. Jock Zonfrillo called it "extraordinary", while Melissa pointed out that it celebrated both French and Japanese patisserie and described it as "perfection". It was certainly stunning and drool-worthy!

Related:
MasterChef's Reece Helps People Just By Being Unapologetically Himself & That Gives Him Goosebumps

Watching Emelia react to the news was a highlight of the episode, her mouth agape in shock. She covered her mouth, before telling herself to "restrain yourself". With the judges' encouragement, she gushed that she was "so excited" with a big grin on her face. "I cannot believe it!" Having reflected earlier in the episode about being just a "suburban cake maker" who couldn't compete with this season's restaurateurs, she ended the episode, musing: "To think that I am in the Semi-Final, I never pictured this as a reality ever." 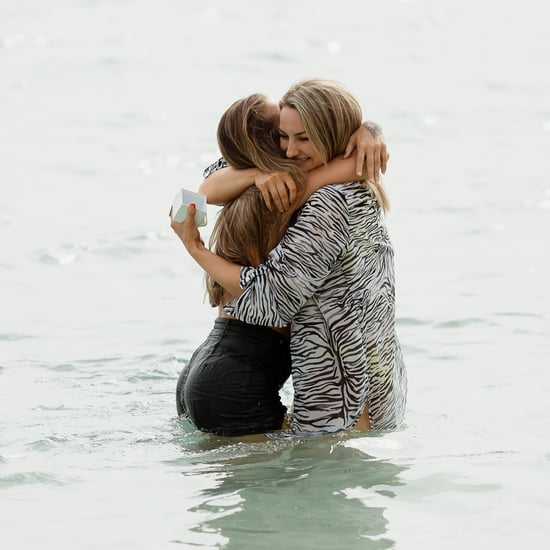 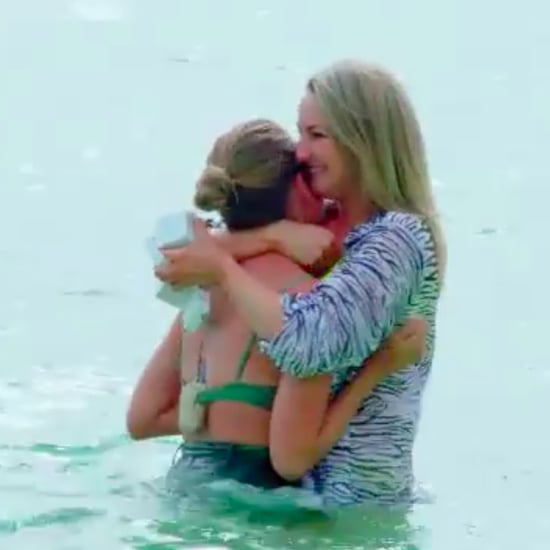