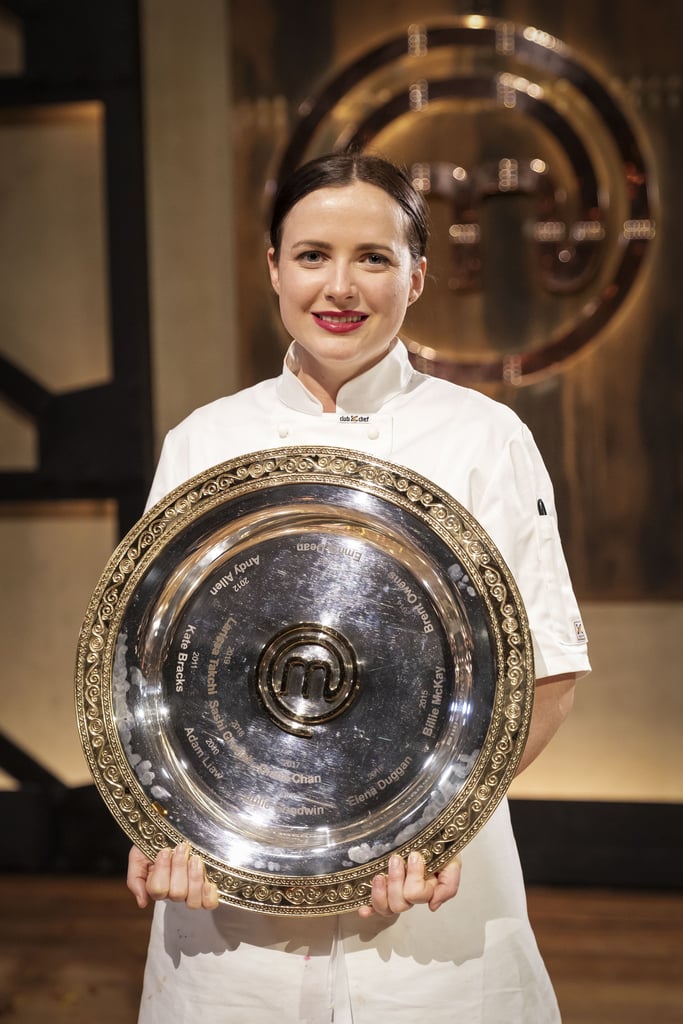 Emelia Jackson, third on season six, has won MasterChef for 2020, after competing against Laura Sharrad to create a three-course meal for the judges and the eliminated contestants in under four hours. That's over 60 plates of food!

Emelia made a menu of seared scallops, beef short rib and a pistachio dessert. When Emelia's beef took longer to cook than she'd hoped, she was advised by Andy Allen to consider a back-up main, but persisted with her planned dish, even if it set her back in prep time. It was the right choice, with both her scallop entree and her ribs being highly commended by the judges. But it was her dessert that sealed the deal for her, winning her both the title and the $250,000 cash prize.

She had spent the last few weeks of the competition moving from strength to strength, and is definitely deserving of her claim to be an "exceptional cook".

Over the season, Emelia won one Immunity Challenge, from three attempts, in a 75-step Pressure Test set by Kirsten Tibballs halfway through the season. Then she recreated her intricate meljito dessert and seemed totally composed every step of the way. In another, she showed off her cheeky, fun-loving side, laughing to herself about her "best friend", the pumpkin she needed to use in all her dishes.

She won the last Mystery Box challenge, as set by Gordon Ramsay, and the first spot in the Semis, with a perfect compressed choux pastry. Encouraged by the judges to celebrate her win, she explained to POPSUGAR Australia why her first impulse was to restrain her emotions.

"I think that most women are unfortunately used to not celebrating their victories the way they should," she said. "It seems like we're never allowed to own our abilities and be proud of ourselves. It's something I am actively trying to overcome as I want to raise daughters who celebrate their successes, and sons who celebrate strong, confident, successful women."

Related:
This Spicy Pork Meatball Recipe Is Where It All Started for MasterChef Winner Emelia Jackson

In an immunity cook with Amina Elshafei and Tracy Collins, she and the other women motivated and assisted each other, Emelia even tasting Amina's dishes because they weren't halal and wiping down Tracy's dishes as they made their way down the sushi train.

And in the Semi-Final last night, she took time out of her cook to help Laura to make her apple scrolls, in a selfless act that could've cost her a place in the Grand Final. She's definitely been one of the most generous people on the series!

And we haven't even talked about the food! With her Crispy Skin Barramundi to her Paris-Brest, to her Chicken, Pancetta and Leek Pie, and her scallops, beef and pistachio finale menu, she's impressed throughout the season.

Read on for our interview with Laura: