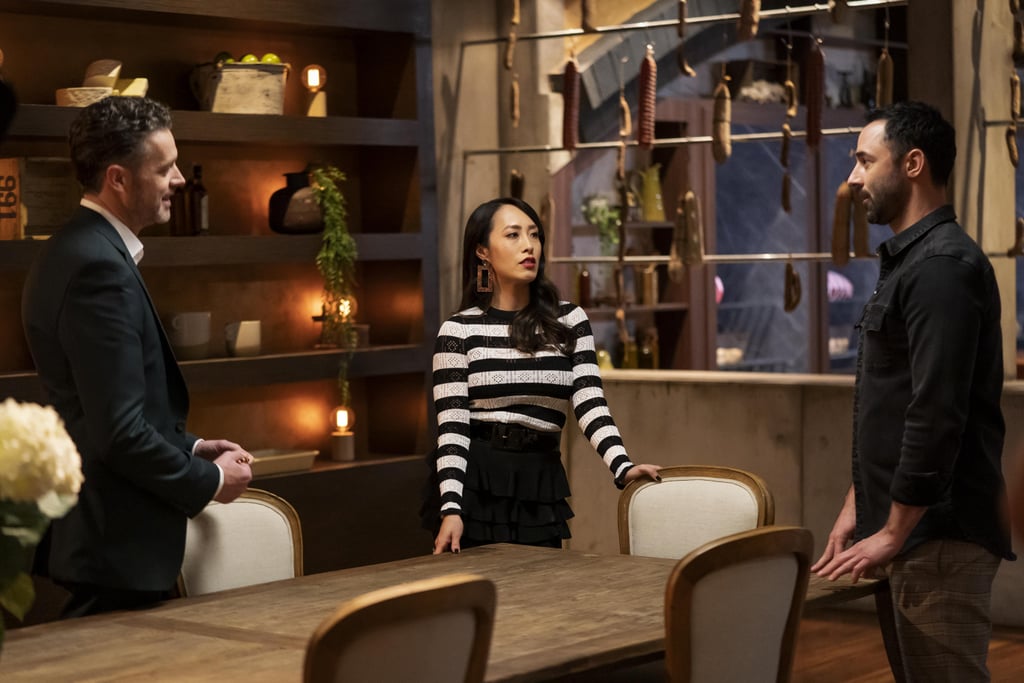 Over the last two episodes especially, fans have loudly called out the MasterChef judges for perceived differences in the ways they encourage and criticise contestants mid-challenge.

On Sunday, Jock Zonfrillo and Andy Allen called Reece Hignell's beetroot and goat's cheese entree "very safe". When Melissa Leong spoke to Laura Sharrad about her similarly classic meat dish of lamb, mint and peas, she asked a question with a more positive slant: "What will make your dish exceptional?"

Later, Jock approached Laura and asked if she was nervous because she had "nowhere to hide" with her dish. "This could be your last cook," he warned. "Nah, it's not going to be. I can't have negativity, otherwise I'll crumble," Laura replied.

When POPSUGAR Australia asked Reece about the accusation that the critiques were "unfair", he said, "I think they just have a way of communicating with everyone and they choose how they do that," before adding that he simply wished he'd stuck to his instincts on the day.

Then, on last night's Mystery Box episode, Emelia Jackson explained her choux pastry with rhubarb and strawberries, and Andy just asked: "What if this choux fails?" in an attempt to put her off.

Andy and Jock then seemed dismissive of Callum Hann's inventive dish of bay leaf ice cream, with a bay leaf and rhubarb granita, strawberry Pimms consommé, strawberry jam mousse, and frozen rhubarb and paprika meringue. As Callum explained his dish, their expressions were quizzical and skeptical, with Andy going so far as to taste both the bay leaf ice cream and paprika and frozen rhubarb meringue. "It's definitely something that I've never had before," Andy said, giving very little away.

Talking to Laura who was cooking with fish and cabbage, Melissa called her dish "resourceful", but posed the question: "Is fish and veg enough to get you into the Semi-Final?" Then, to Reynold Poernomo, she talked about how "excited" she was to try his spin on a savoury Japanese custard, chawanmushi. "If it's the best, you're in the Semis," she said as she walked away.

The difference between the types of critique seems to be between encouraging and motivating contestants to push themselves in the competition, or instead trying to foster in them feelings of self-doubt. While MasterChef is partly a mental game, as well as one of culinary skill, it can be uncomfortable to watch the language from the judges during the cooks diverge so much — and seem to impact the contestants so heavily.

Even though the contestants may not be unhappy about the difference between these styles of critique, people at home have definitely been disappointed by the perceived negativity:

Australian TV
Farmer Wants a Wife Is Set to Return in 2021 and Channel Seven Are Looking for Farmers!
by Hannah Story 15 hours ago