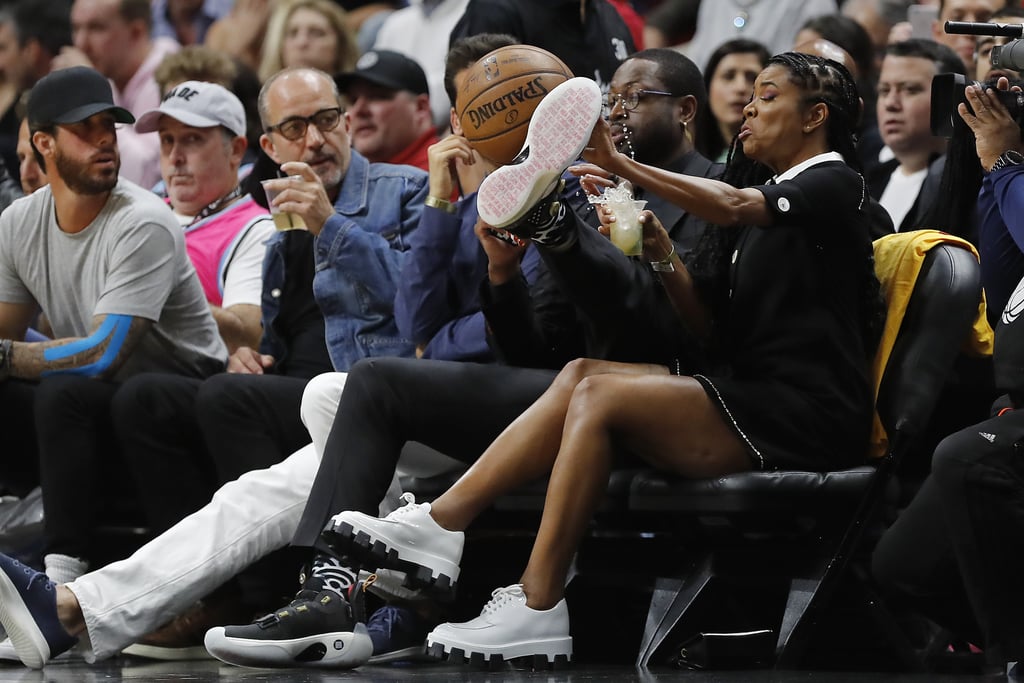 Dwyane Wade and Gabrielle Union stepped out for a very special date night at the Miami heat game in Florida on Saturday night. The NBA game doubled as Dwyane's jersey retirement ceremony, and everything seemed to be going smoothly as they watched his former team take on the Cleveland Cavaliers — that is, until a ball came flying at them while they were sitting courtside. Luckily, Dwyane and Gabrielle's quick reflexes kicked in, and nobody was hurt, but Gabrielle did end up spilling a bit of her drink on Dwyane's suit.

The two later laughed off the incident on Instagram, with Dwyane writing, "Life Comes At You Fast! Read The Bottom 👟." Gabrielle also joked, "Karma. The reaction shots and the bottom of @dwyanewade sneaker 😁😄🤣😂🏀."

Dwyane spent the majority of his NBA career playing for the Miami Heat. He was named MVP of the 2006 Finals when the franchise won its first championship, and he is now the fifth player in Heat history to have his number retired (No. 3), joining Chris Bosh, Tim Hardaway, Shaquille O'Neal, and Alonzo Mourning. See more of his jersey retirement ceremony ahead.