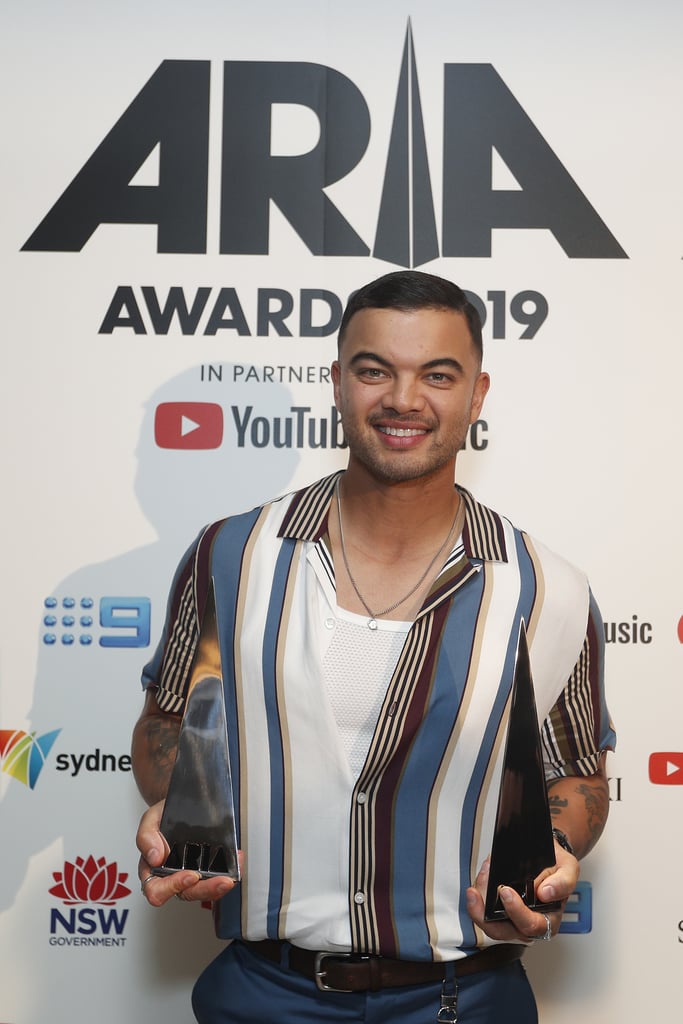 After 16 years in the music business and countless chart topping hits, Guy Sebastian finally won the ARIA for 'Song of the Year' last night.

As long as he did have to wait to receive the accolade, it's safe the say the timing perhaps couldn't have been more perfect for Guy. After all, he won the award for a song he wrote as a tribute to someone very dear to his heart. 'Choir' was written in memory of musician Luke Liang, Guy's band member and close friend, who sadly passed away last year.

As humble as ever, Guy began his speech by lightheartedly apologising to Tones and I, who many had expected would take out the honour. From there, he elaborated on the emotional meaning behind 'Choir. "I cry probably 80 per cent of the times I sing this song," he said, "it's about Luke Liang, such a great friend of all of ours, [who] played in our band."

From there, he went on to perform 'Choir' in what we're betting may just have been one of his most heartfelt renditions yet.

Check out highlights from his performance below.

Music
This Rose Crystal Ball Music Box Is Straight Out of Beauty and the Beast, and We're Enchanted
by Haley Tharp 1 hour ago

TV
The Notebook, Jerry Maguire, and More Are Heading to Netflix to Ring In the Month of Love
by Mekishana Pierre 16 hours ago

TV
How Aaron Hernandez's Twisted Story Impacted the Life of His Cousin, Tanya Singleton
by Sabienna Bowman 18 hours ago