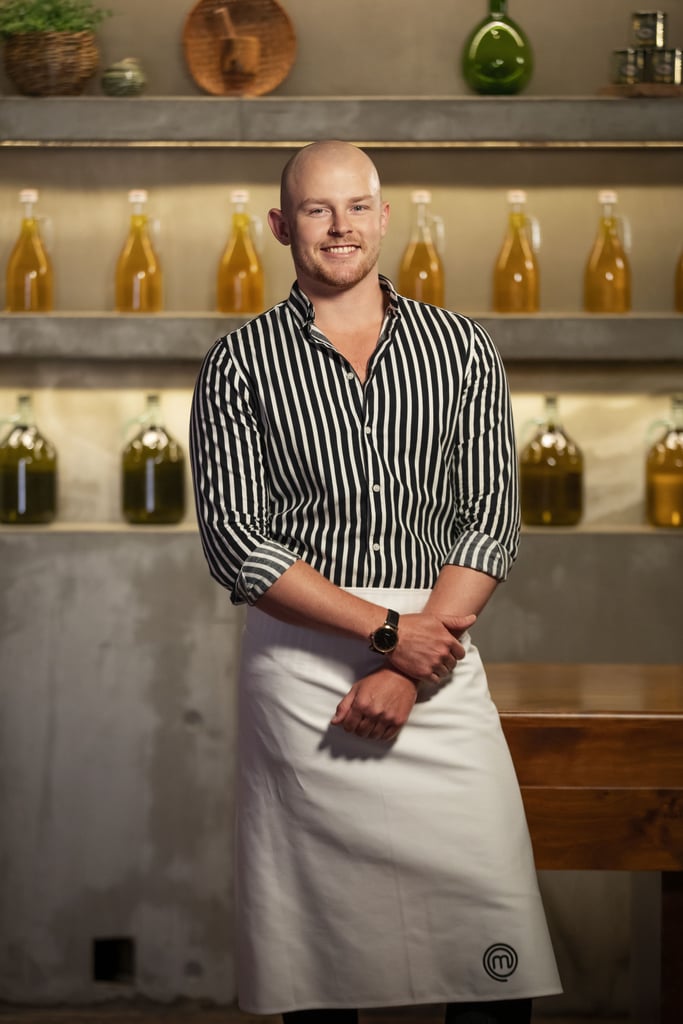 Harry Foster was the fourth person to be eliminated from MasterChef: Back to Win after serving up a stylish rock lobster dish that the judges thought incorporated far too many elements.

In the Pressure Test last night, the contestants were tasked with executing in two hours their own recipe, written overnight, to "wow" the judges. While Sarah Tiong made a flavoursome Sweet and Sour Pork, with a southeast Asian spin, Poh Ling Yeow pulled a Stout-Braised Beef Pie with Blue Cheese Crust out of the oven in the last ten seconds. And Harry chose to create the beautifully presented Rock Pool —a dish of lobster tail, lobster coral cream, uni and sea herbs, with Granny Smith apple ribbons.

But the judges thought the dish had too many conflicting flavours and elements, including pipis, calamari and caviar, which distracted from the hero of the meal, the poached, dashi-glazed and torched lobster tail.

Harry, third place in season eight, wound up in the bottom two with Hayden Quinn, whose homage to the Violet Crumble was a challenge for him, but an imperfect dessert, featuring flattened honeycomb that made dessert king Reynold Poernomo anxious. Ultimately, the judges chose to send home the person whose elements didn't work together, and Harry left "humbled" by his experience.

Related:
The Hibachi Grill Is This Season's MasterChef Villain and It Must Be Stopped

Read on for our interview with Harry:

Oscars
Lady Gaga Was Pulled Over by Tiffany's Security After the Oscars . . . on Her Way to Taco Bell
by Perri Konecky 2 days ago

Celebrity Interviews
Camila Cabello Detailed Her Battle With OCD and Anxiety: "I Was Embarrassed and Ashamed"
by Perri Konecky 6 days ago