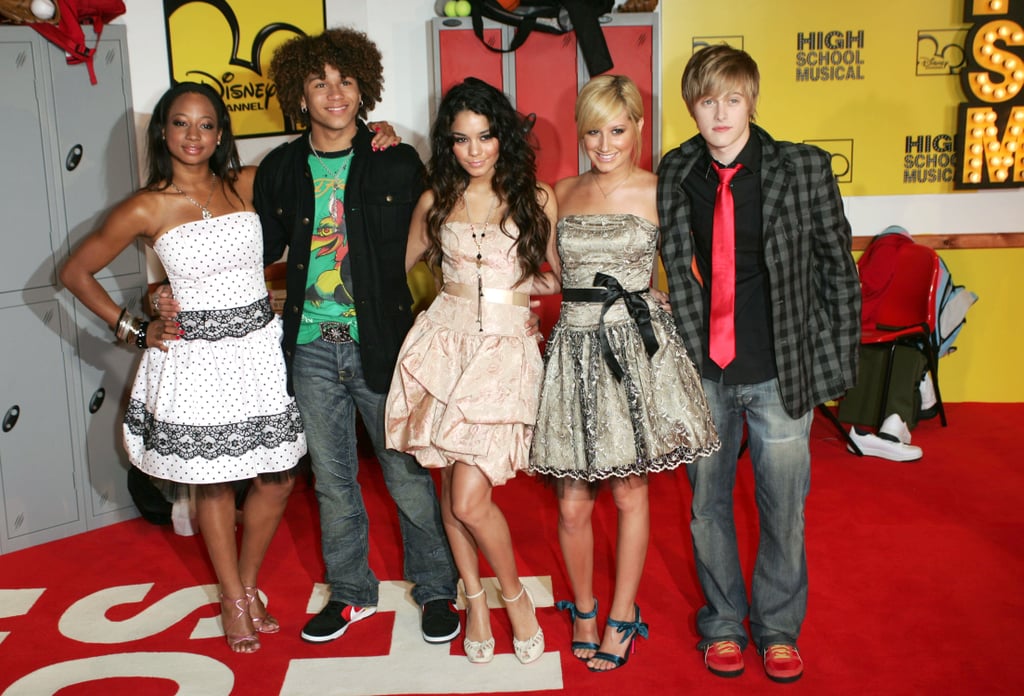 It's been 13 years since the first High School Musical movie premiered on Disney Channel. The trilogy — which catapulted Zac Efron and Vanessa Hudgens into the spotlight — follows a group of talented students, including Corbin Bleu, Ashley Tisdale, Lucas Grabeel, and Monique Coleman, as they audition for a musical at East High School. Now that the series is getting rebooted on the streaming platform Disney+, we're feeling a little nostalgic. Sadly, the new series (which premieres on Nov. 12) won't include any of the original cast members, so what better way to reminisce about the old days than by looking back at the cast on the red carpet over the years.