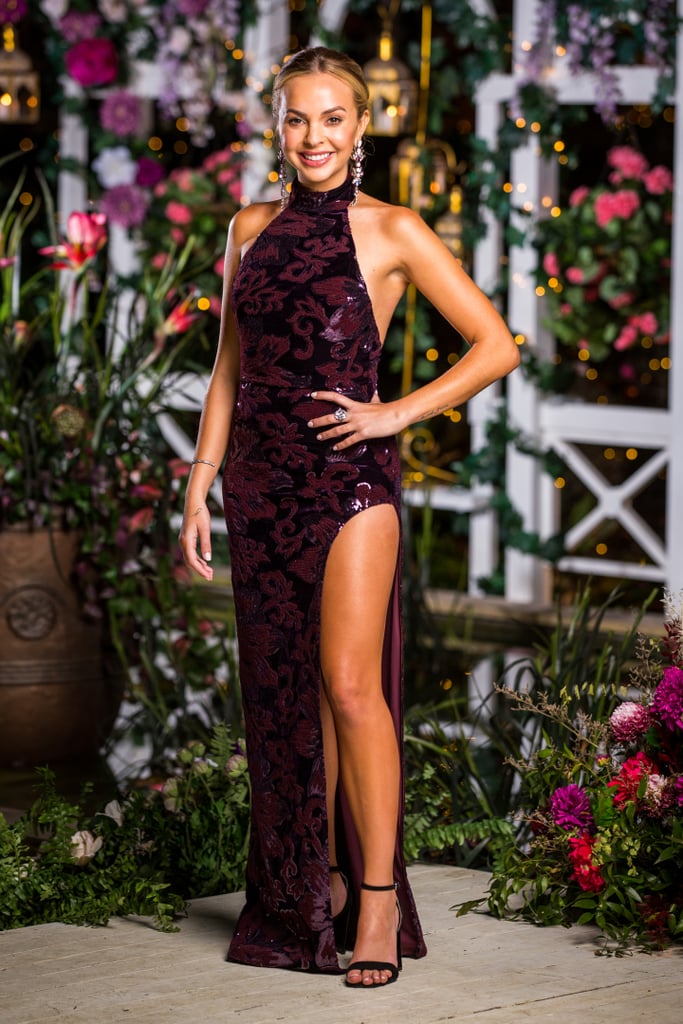 It's hard to know exactly where to start when it comes to discussing tonight's cocktail party on The Bachelorette. So much happened with the span of approximately 15 minutes that it was difficult to even find time to catch a breath. Suffice to say, it would not be an exaggeration to call it one of the most dramatic cocktail parties of all time.

The night of pure chaos all began when Haydn was asked to leave prior to the rose ceremony. Having admitted on a child rearing themed group date that he wasn't interested in having kids, the writing was on the wall that he and Angie were not the right fit for each other. After farewelling him, Angie commented how relieved she was that the situation had been drama-free. Little did she know that the drama was about to be dialled up to 100.

That's right, Jamie was finally set to execute the revenge he had been planning since he find out that the men had all suggested Angie ought to stay away from him. He begun his spiel by informing Angie that he felt Matt was too career focused, and that Ciarran was simple a "ingenuous" person. But, the accusation that hit Angie the hardest was that Carlin was not there for the right reasons. According to Jamie, Carlin had been bragging about his intention to become the 2020 Bachelor, and was only on the show to further his acting career.

"I sense disloyalty, I sense a snake in the grass. . . I sense he puts on this 12 hour character for you," Jamie said. Whoa!

As to be expected, Carlin was not exactly thrilled to hear about Jamie had said about him. Steadfastly denying the claims, he insisted Jamie needed to "grow the hell up" for spreading such rumours.

Once Carlin was able to get Angie alone, he doubled down on the fact that Jamie was only saying those things about him due to feeling threatened. He explained that he wouldn't have been vulnerable with Angie and shared his feelings with her if he was only there to increase his profile.

Still not entirely convinced, Angie chose to consult Timm on what exactly has gone down. There, he explained that Jamie had only said those things "in spite". Somewhat sheepish, Angie quickly grabbed Carlin again to apologise for jumping the gun and automatically believing Jamie's claims.

Well, the dust should all settle now, right? Ah, not quite. Yep, the episode ends with Ciarran storming out of the cocktail party and yelling "get me out of here." Will he actually walk out of the competition? Well, we will just have to tune in tomorrow right to find out.