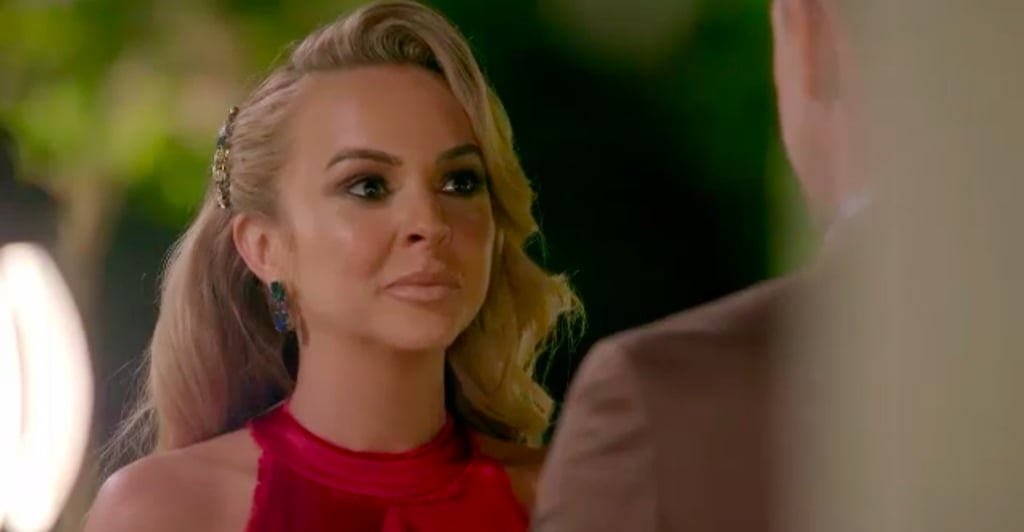 There are certain things that do not fly in 2019, and repeatedly making completely inappropriate comments towards women is one of them. Unfortunately, it would appear Jess Glasgow did not get the memo, as he continually crossed the line on tonight's episode of The Bachelorette.

You see, he was tasked with dressing up as a horse in a group date photo shoot, which meant that for a brief time Angie was asked to sit on him in an effort to appear she was riding a horse. Here is just a snippet of the comments he made to or about Angie throughout the photoshoot and at the following cocktail party:

-"Don't mind me if I get some wandering fingers"

-"I've kissed plenty of girls before and they've turned their heads, I'm used to it"

As we are sure you can gather, these remarks were in no way suitable for the situation or circumstances. Thankfully, Carlin recognised how wrong this outdated behaviour was, and let Angie know just how uncomfortable Jess had also made other women, including members of the production team. Of course, Angie was never going to tolerate this kind of behaviour towards herself or others and promptly took Jess to task over it.

"I'll never allow a man to come in and f*ck with my sisterhood, never," she told him, adding that he always talked about her "as a piece of meat."

Unfortunately Jess chose not to apologise, but instead insisted he had meant it as a joke. Clearly realising he did not seem willing to change his ways, Angie sent him packing, but not without adding one last instantly iconic line:

"It infuriates me that I'm still standing here chatting to you. . .If a man can't accept and respect what I'm putting down, I'd rather be single for the rest of my life."

And if that doesn't deserve a round of applause, we don't know what does. Because making comments like that about women is not okay. Not now, not ever.