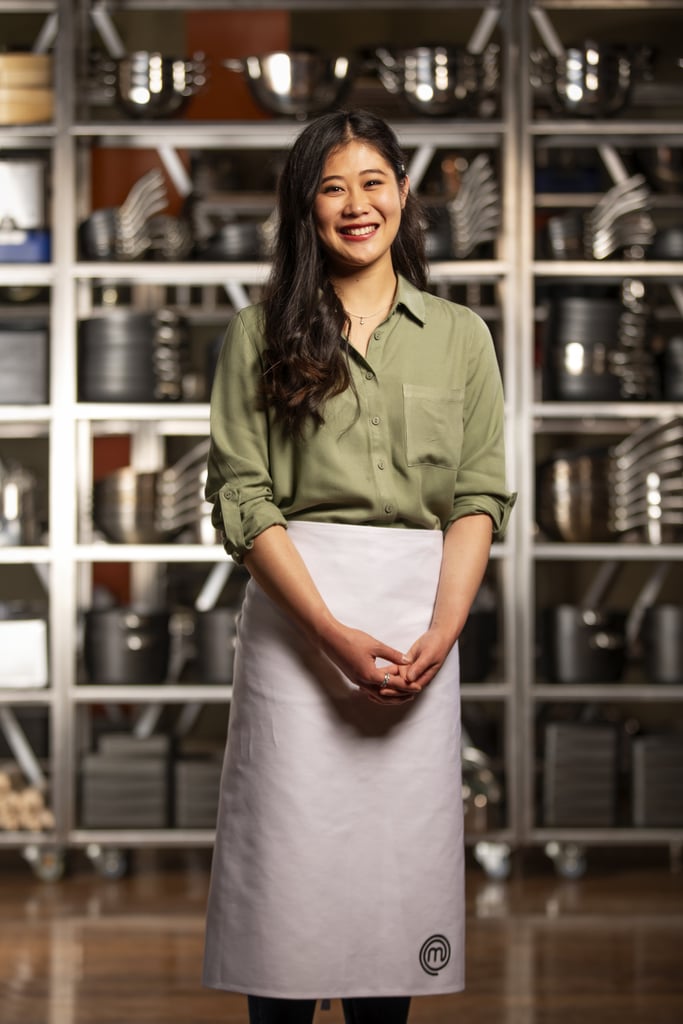 The first round was to create a dish in 75 minutes that featured two complementary flavours of unusual ice cream — no chocolate chip! — with Jock vowing to not even taste any boring dishes. Jess settled on a scoop of basil ice cream, paired with a licorice and chocolate flavour. While the judges loved dishes like Laura Sharrad's roasted fig and toasted wattleseed, and Sarah Tiong's miso and sweetcorn, they thought that Jess's basil ice cream was buried under extra elements and the delicious licorice and chocolate.

She found herself in round two, with Brendan Pang, Callum Hann, Simon Toohey and Poh Ling Yeow. The contestants were tasked with highlighting a strange flavour pairing in a dish of their choice in 60 minutes — lamb and coffee, basil and peanut butter, dark chocolate and soy, mustard and mint, or carrot and raspberry.

Jess chose carrot and raspberry, making a mulled wine raspberry sorbet, a chocolate cremeax, cumquat orange jam and carrot jelly. Unfortunately, the orange and red wine flavours were stronger than the carrot and raspberry, and landed her in the bottom two alongside Simon, whose coffee crumb overpowered his perfectly cooked lamb.

But it was the 22-year-old Jess who was going home because she didn't feature the carrot and raspberries, even if the judges did admire her concept.

Sadly Jess was the first contestant to exit the competition since the introduction of COVID-19 restrictions, so no one could comfort her with a hug. Andy told Jess that her culinary career was just beginning and that she is "one of the most inspiring cooks to ever cook in this kitchen".

Through her tears, Jess managed to say that she was both devastated to leave halfway through, but that she's thankful to her fellow contestants and the judges, and will miss them all. While she cried, her roommate Sarah Tiong described her as "one of the most remarkable human beings" she'd ever met, who was "overflowing with talent." To cap off the episode, Jock surged forward for the first goodbye elbow-tap, as her fellow Audrey, Reece welled up, cheering her out into the night.

It was too emotional for a Sunday night!

Related:
Jess Liementara Teaches Us How to Make the Chocolate Ganache Filling for Her Macarons

Read on for our interview with Jess: