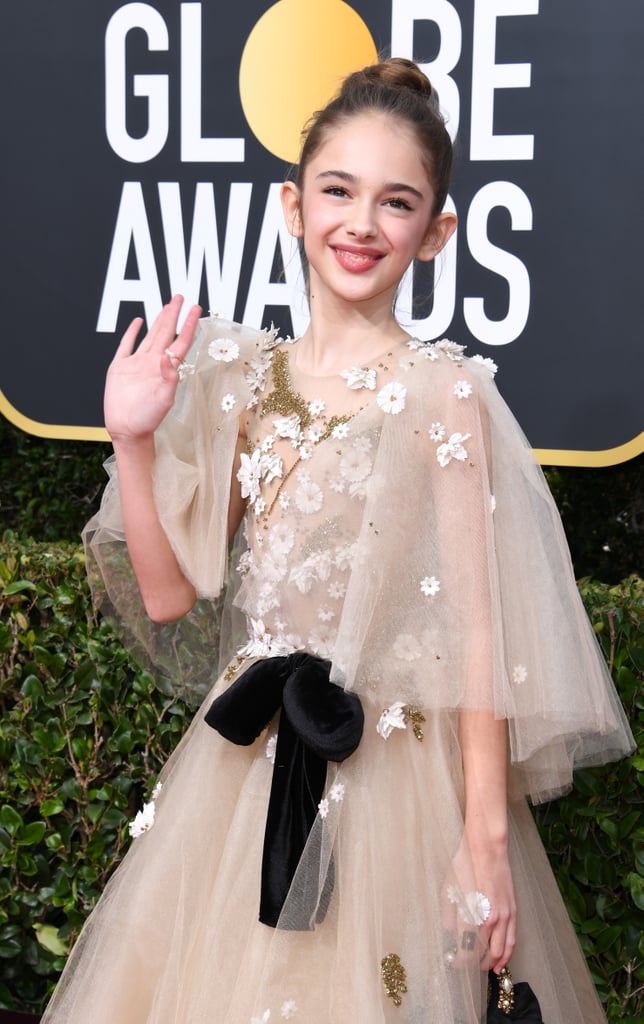 Julia Butters was a sight to behold at the Golden Globes on Sunday. The 10-year-old actress attended the award show for the first time, giving viewers a fairytale appearance as she rocked a tulle gown with floral details and a little black bag. Last year, the young star was one of the biggest scene-stealers in the Brad Pitt- and Leonardo DiCaprio-led film Once Upon a Time in Hollywood, which was nominated for best screenplay and best musical or comedy motion picture. And now, she can now add "red carpet queen" to her evergrowing list of accomplishments. Look ahead to see more photos from her big night at the ceremony!