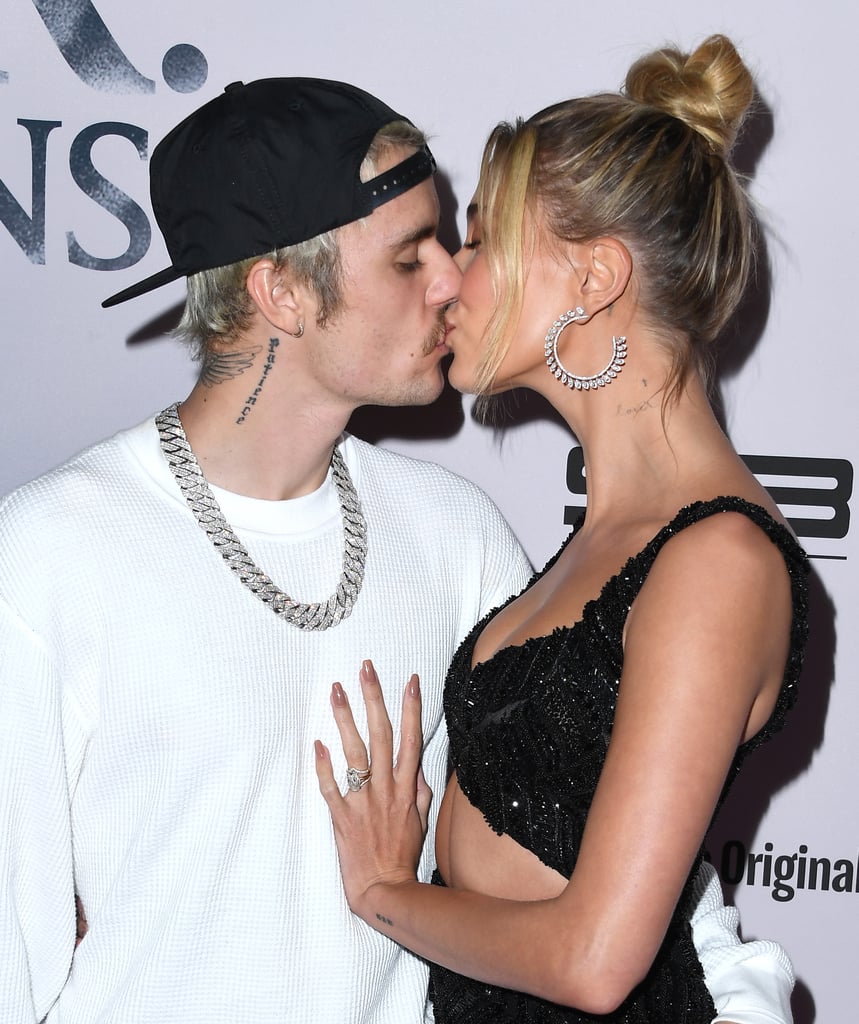 The Biebers are officially a red carpet couple. You know what they say about newlywed bliss? Well, it certainly seems to have hit Justin and Hailey, who packed on the PDA during their first official public appearance as a married duo on Monday night at the premiere of his docuseries, Seasons. Justin and Hailey seemingly only had eyes for each other as they posed for photos together, as well as with family and friends.

"SEASONS is out today," Hailey wrote on Instagram. "Grateful to let people in on our journey of the last year and a half. It was a tough road but we are stronger because of it . . and to @justinbieber you my love, are incredible. I love growing together! Thank you for sharing your story with the world . . I am so grateful to walk through this life with you."

The release of Seasons marks a new era of music for Justin, who dropped the single "Yummy" from his fifth album Changes earlier this month. The docuseries is meant to give fans insight into the past few years of Justin's life, which were challenging and marked by struggles. It's worth noting, in fact, that his red carpet appearance comes shortly after his ex Selena Gomez said she endured "emotional abuse" during their relationship. Justin has yet to respond to these comments.