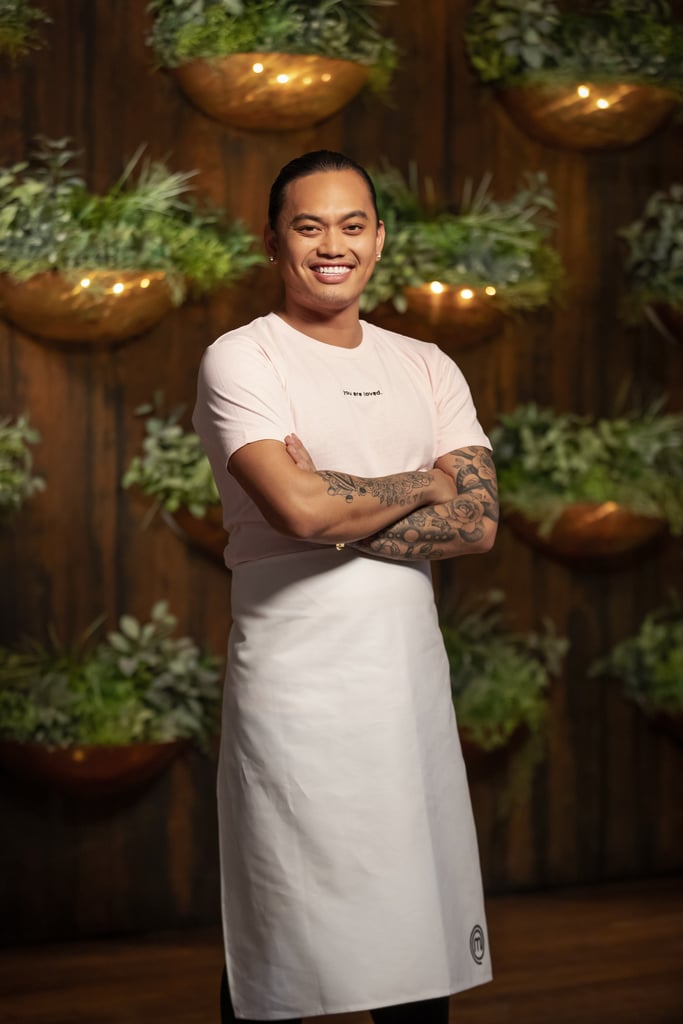 MasterChef's Khanh Has Experienced Prejudice, But Those Struggles Made Him Into Who He Is Today

Drawing inspiration from Melbourne restaurant, Atlas, and guest chef Charlie Carrington. In the first round, each team of two had to create two street food dishes from their delegated cuisine in 75 minutes in the MasterChef garden.

The two least impressive sets of dishes moved into round two — Laura and Emelia's pani puri (most more like a papadum or stale biscuit) and tandoori prawns, naan and tikka masala, and Khanh and Reynold's pan-fried pork and cabbage dumplings and (too greasy) fried rice.

Each person then had an hour to make a modern fine dining dish using the flavours from one of 11 cuisines that have featured at Atlas restaurant, including Vietnam and France.

Reynold's sophisticated sauce and melt-in-the-mouth fish, and Emelia's perfect petit fours, Paris-Brest, saved them from Elimination, leaving Khanh and Laura in the bottom two. Both Laura and Khanh used quail, with Laura making a coq au vin with cognac, perfectly cooked and celebrating the classic French dish, while Khanh made a Vietnamese gà kho gung that lacked finesse and wasn't cooked quite right.

Khanh and Laura supported each other, but Khanh reflected that while it was a bad day for him, "there's lot of people in the world that are going through so much more than what I'm feeling right now".

"So I just want to say that you are loved, life gets better, you have your ups and your downs . . . and it's all going to work out," Khanh continued through tears.

Melissa Leong reminded Khanh that he too is loved, not just by the people in the room but the viewers at home. "Khanh, this is heartbreaking, but it's time for you to go."

Read on for our interview with Khanh: